Dunbar will also be joining the descendants of James Connolly and the O'Rahilly on a tour of the Moore Street area. 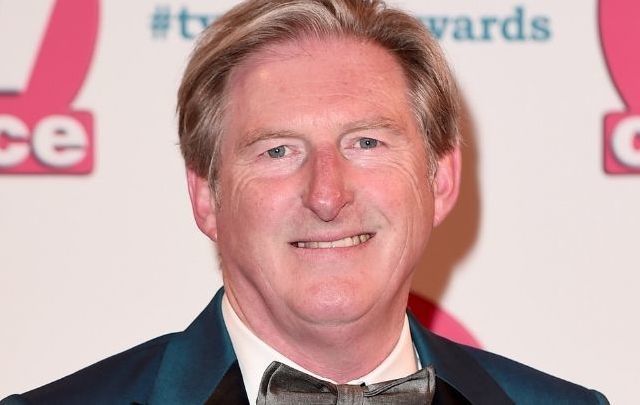 "Line of Duty" star Adrian Dunbar has lent his support to a group fighting to protect historical sites associated with the 1916 Easter Rising in Dublin.

The 1916 Relatives Group has been fighting for almost 20 years to preserve a number of historical buildings on Moore Street - the site of the Irish surrender during the 1916 Rising.

The group presented a preliminary copy of its "Moore St. Master Plan" to Irish politicians last month, showcasing how the street can be restored without negatively impacting the historical significance of the area.

The 1916 Relatives Group published the plan in response to proposals from British developers Hammerson, who plan to build new homes, new retail facilities, and new transport links on a 5.5-acre parcel of land stretching from O'Connell Street to Moore Street.

Dunbar has now joined the campaign against the UK developers, congratulating the 1916 Relatives Group on their plan to restore the Moore Street area.

"I would like to say congratulations and well done to the relatives of the signatories of the 1916 proclamation and the Moore St preservation trust on the launch today of their plan for the preservation of the Moore St battlefield site," Dunbar said in a short video message.

"I really look forward to seeing the details of the plan. Best of luck and I will see you in the future."

Dunbar will also be joining the descendants of James Connolly and the O'Rahilly on a tour of the Moore Street site, according to campaigner Patrick Cooney of the Save 16 Moore Street Committee and the 1916 Relatives Group.

The 1916 Relatives Group recently produced a free map of the 1916 battlefield that highlights the most important historical sites in the area.

The tour starts at the General Post Office  - the headquarters of the rebellion - before following the evacuation route of the Irish Volunteers into Henry Place and eventually reaching No. 10 Moore Street. The Irish garrison eventually occupied the entire block before surrendering from No. 16 Moore Street on April 29.

Meanwhile, former Sinn Féin President Gerry Adams has also opposed the Hammerson proposals, stating that the plans did not recognize the historical significance of the area.