The document contains specific details of Noonan and Earhart's world flight, including dates, locations, and the weather challenges they faced while circumnavigating the globe. 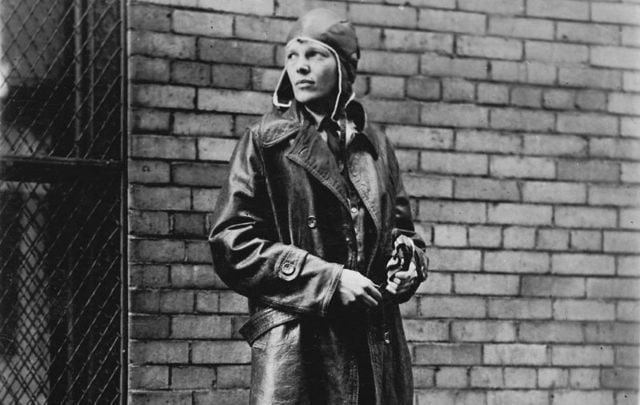 A long-lost letter belonging to Amelia Earhart's Irish-American navigator Fred J. Noonan detailing the pair's journey around the globe has been discovered 84 years after they went missing.

Noonan wrote the 17-page letter to his friend just eight days before the pair issued their last radio transmission while flying over the Pacific Ocean in 1937.

The letter was dated June 23, 1937, and was sent from the Grand Hotel in Indonesia.

The document contains specific details of Noonan and Earhart's world flight, including dates, locations, and the weather challenges they faced while circumnavigating the globe.

San Diego resident Hunter Person, who recently discovered the letter, first heard of its existence when he was a teenager.

He said that his grandfather had been a close friend of Noonan's and that his mother had first discovered the letter rolled up in his desk more than 40 years ago.

Person also found three other letters from Noonan dated between 1935 and 1937 and said that Noonan's final correspondence describes the trip in great detail.

"It's an exciting letter. You know, like I say, it tells the whole trip, and the last postmark was from Bandung, Java," Person told KSWB.

"It describes, you know, the flight like no one has ever read it before."

The letter has stunned experts, who hope that it might provide a clue as to what happened when the flight disappeared.

Jim Kindrick, from the San Diego Air & Space Museum, told KSWB that the letter is the last correspondence written by Noonan or Earhart before they disappeared.

Earhart and Noonan left Oakland, California on June 1, 1937, with Earhart aiming to become the first female pilot the fly around the world.

The pair flew to Miami before jetting down to South America and across to Africa. From there, they flew to India and East Asia.

They departed Lae in Papa New Guinea on July 2 and aimed to stop on the island of Howland in the Pacific Ocean but lost radio contact and were never seen again.