The last letter written on board the doomed Titanic

The letter written by a mother and daughter eight hours before the tragic sinking of the Titanic describes “wonderful journey.” 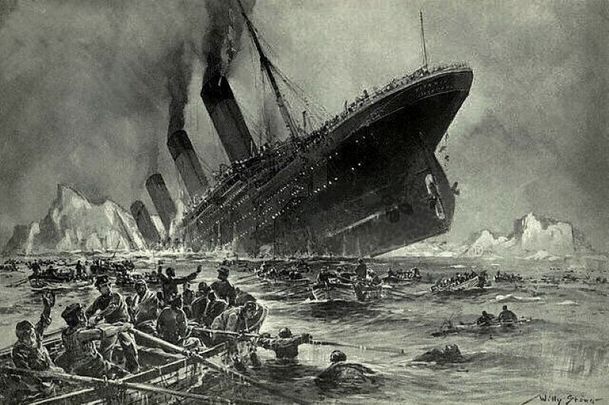 A letter believed to be the last written on board the Titanic went on display, in March 2015, at Titanic Belfast, a visitor attraction dedicated to the tragic White Star liner.

The letter was written by Esther Hart and her seven-year-old daughter Eva just eight hours before the ship hit an iceberg and sank on April 15, 1912. It was intended for Mrs. Hart’s mother in Chadwell Heath, but the letter was never sent.

Mrs. Hart’s letter survived because it was in the pocket of her husband’s coat which he had given her to keep warm. Esther and Eva would survive the sinking, but Mr. Hart was one of more than 1,500 people to die that night.

"We first heard about the Titanic letter when we read about it going to auction," said Garreth Wood.

"This letter is not only a direct link to an iconic place in maritime history, but it also gives a fantastic account of daily life aboard the Titanic.

"We felt it was important that the letter should stay in the UK as Esther Hart was British. Although we were not successful on the day of the auction, we approached the buyer who agreed to sell it to us for a very small profit. Although all the media outlets in the UK reported that an American had bought the letter, we were thrilled to see it stay here in the UK."

Nicola Wood added: "The Titanic exhibition in Belfast is the perfect place to showcase this unique piece of history. We were very keen for people to be able to see and enjoy the letter, and not lock it away in a private collection. Therefore we are both delighted that it will be in the new exhibition for countless people to enjoy."

Titanic Belfast CEO Tim Husbands said: "This letter carries vast historical significance and, as the world's largest Titanic attraction, Titanic Belfast will provide the ideal home for the next five years. The large sums of money that Titanic artifacts sell for at auction are an indication of the worldwide interest in them.

"This document will prove a fantastic addition to our world-class offer at Titanic Belfast, complementing the modern technology in our galleries which bring Titanic's story to life. We are very grateful to Garreth and his wife Nicola for their generosity in ensuring the letter will reside in Titanic's birthplace for the next five years."

The letter, which had the heading “On Board RMS Titanic” and was dated “Sunday afternoon,” is embossed with the White Star Line flag.

In it, Mrs. Hart describes the “wonderful journey” and writes that they were likely to arrive in New York early because of the ship’s speed. She says she was sick the day before and was unable to eat or drink but had since recovered. She describes how earlier that morning she and Eva attended a church service, where Eva sang “so nicely” to a hymn. She goes on to say that they would sing at a concert onboard “tomorrow night.”