The new Supreme Court Justice Neil Gorsuch is all Irish Catholic ancestry on his mother’s side. 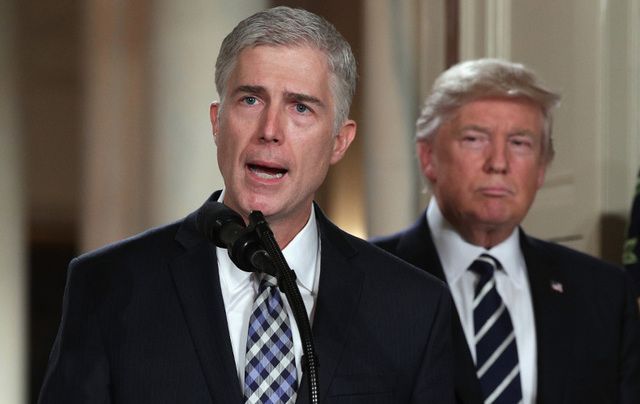 Donald Trump's Supreme Court nominee, Judge Neil Gorsuch, has been confirmed by the Senate today and is set to become the 113th justice of the Supreme Court.

Gorsuch, though Episcopalian, is all Irish Catholic ancestry on his mother’s side.

His mother, Anne Irene McGill was born on April 21, 1942, in Casper, Wyoming. Her father, an Irish Catholic surgeon, Dr J.J. McGill, with Donegal roots, married another Irish American Dorothy O’Grady. Doctor McGill moved the family to Denver from Wyoming when Anne was an infant.

She had a spectacular political and government career and, under President Ronald Reagan, Anne Gorsuch (her married name) became the first female to head the Environmental Protection Agency.

Justice Neil Gorsuch’s mother was also voted Outstanding Freshman Legislator of the Colorado State House of Representatives. She served on the National Commission on Uniform Sentencing. In her final years, she was in private practice with a concentration on children's advocacy.

“Preceded in death by her father, Dr. Joseph John McGill.”

Irish Catholicism ran deep in the family. Her sister, Dorothy, Neil’s aunt, was a prominent Democratic Party operative in El Paso, Texas, known for her work with immigrants.

Her obituary noted that “Dorothy was a lifelong, devout Roman Catholic. She attended Mass daily, prayed the rosary, and was a patron of the Virgin and of St. Jude, often petitioning them for their mercy and intercession. At the age of seven, her parents took her to Mexico City where she celebrated her first Holy Communion at the main altar in the Our Lady of Guadalupe Basilica.”