“The only advice I can give to people is be Irish!” Battle of Britain pilot celebrates 100 years

Irish pilot John Hemingway, who survived being shot down four times in World War II, shares his thoughts on turning 100. 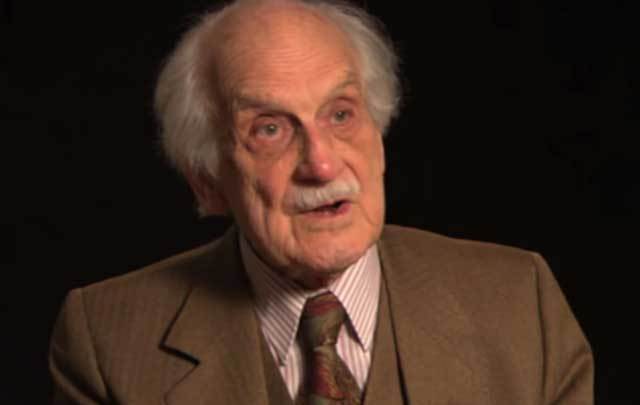 An Irish pilot who fought in World War II shares his thoughts on turning 100.

Dubliner John Hemingway, who survived being shot down four times during the Second World War, is the last of 36 Irish pilots who fought in the Battle of Britain and the only remaining RAF veteran of the Battle of France. He celebrated his 100th birthday on Wednesday, July 17.

His advice on how to live a long life?

Read More: Brave Irish pilot was one of the few survivors of the Battle of Britain

Hemingway was born in St. Kevin’s Gardens in Dartry on July 17, 1919. He attended St Patrick’s Cathedral Choir School and later attended St. Andrew’s College. He was accepted into the RAF and began training in Brough, Yorkshire, in January 1929.

Group Captain John Hemingway DFC The last surviving RAF pilot from Ireland to have fought in the Battle of...

After completing flight training, he was posted to No.85 in Debden, flying Hurricanes. His squadron was sent to Rouen, France, to provide air support for the British Expeditionary Force. Hemingway fought in the Battle of France, where he brought down a German Dornier Do 77 light bomber on the same day that he himself was brought down by German fire. He went on air support missions over Dunkirk during the evacuation, and he was also on the frontline during the Battle of Britain, where he was shot down twice.

Earlier this year, a team of aviation archaeologists discovered fragments of Hemingway’s Hurricane P3966, which had plummeted over the Pitsea marshes in Essex during the battle. The boggy soil of the marshes acted as a preservative and parts of the aircraft were still perfectly intact.

In July 1941, Hemingway was awarded the Distinguished Flying Cross. After being shot down three times, and with battle fatigue taking its toll, Hemingway was rested, with light duties, for two years. He took on a new role as a flight controller and directed fighter air traffic during the Normandy invasion.

In September 1944, Hemingway was back in the air, posted to Italy as the leader of No. 43 Squadron, flying Spitfires. It was during this campaign, he was shot down for the fourth and final time.

After the war, Hemingway served as a staff officer in the Middle East, acted as station commander of RAF Leconfield in Yorkshire, and then senior staff officer at France’s NATO headquarters, before being posted to the air ministry, The Irish Times reports. He retired in 1969.

Hemingway had three children with his wife Bridget, who died in 1998.

He lived in Canada for several years with daughter, before returning to Ireland in 2011, where he now lives a quiet life in south Dublin.

He said his decision to return home to Ireland was “one of my absolute correct decisions. I was always going to come back.”

The Daily Mail reported that for many years, Hemingway was presumed to be dead based on the official roll of honor naming the airmen still alive until his family pointed out last year that he was still alive and living out his retirement in Ireland.