An investigation in 2013 sought to determine whether Kennedy, who had roots in West Cork, was related to Irish revolutionary Michael Collins, who was born in West Cork. 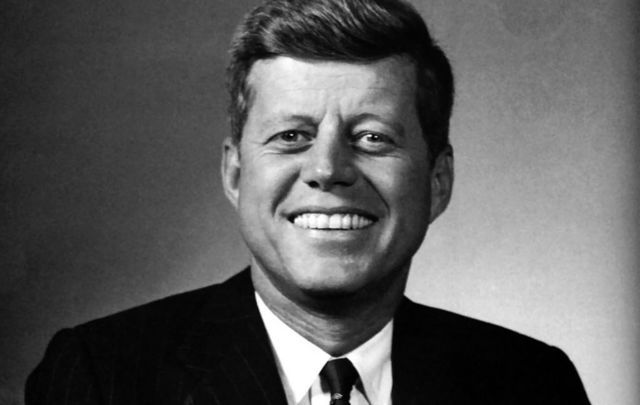 Cork genealogist believes there is a blood-link between President John F Kennedy and Michael Collins. YouTube

An investigation in West Cork to prove President John F Kennedy was related to Irish leader Michael Collins was reported in 2013. Both men are iconic figures and were assassinated at the height of their powers and questions have long lingered as to who shot them.

Locals in the town of Clonakilty are fascinated by the strong possibility that JFK and Collins shared a blood link. The linking of two such iconic figures in Irish and American history could be a huge boost to the West Cork region.

President Kennedy spent time in Cork during his 1963 visit to Ireland.

The Irish Examiner reported that the link is to be investigated as three of John F Kennedy’s great-grandparents came from West Cork.

The town will celebrate its strong links with JFK with a two-part ceremony, involving the laying of a wreath and a lecture, on the 50th anniversary of his death.

Tim Crowley, the founder of the Michael Collins Centre outside Clonakilty, told the Irish Examiner: “It’s a little-known fact that three of his eight great-grandparents came from the West Cork area.”

The report adds that two of JFK’s great grandparents, Margaret Field and James F Hickey, came from the Clonakilty area. It says that after emigrating to Boston during the Famine, they married and had a daughter, Mary Augusta Hickey, who went on to marry Patrick Joseph Kennedy. Their son was Joe Kennedy, JFK’s father.

Crowley added: “The big question we are investigating is whether Michael Collins and JFK were related. JFK’s ancestors, the Sheehys, were neighbors of Collins’s ancestors.

“Rose Kennedy’s family came from Bruff, Limerick. Her mother was a Hannon, but her grandmother was Mary Ann Fitzgerald from the Abbey area of Skibbereen.”

WATCH: When Wexford boys claimed to see the Virgin Mary in 1971