JFK and Jackie's marriage compared to Harry and Meghan's

Jackie's initial encounters with the Kennedy family had a lot of similarities to Meghan Markle's dealings with the royal family, a podcast reveals. 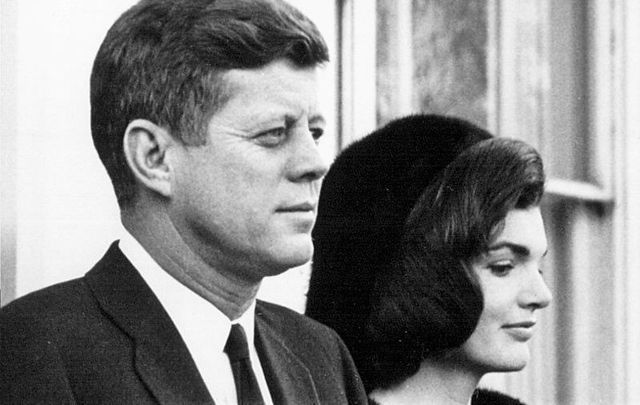 When Jacqueline Bouvier married into the Kennedy Family, she encountered many of the same pressures Meghan Markle faced with the royal family, says a podcast.

A March 2021 episode of Wondery podcast Even the Rich reveals that the former First Lady’s initial encounters with the Kennedy family had a lot of similarities to the first meetings of Meghan (and also Kate Middleton and Diana Spencer) with the royal family.

In the episode “JFK & Jackie,” hosts Brooke Siffrinn and Aricia Skidmore-Williams,  discuss how Jackie first met Jack and what it took for her to accept his proposal.

When Jackie first met John F. Kennedy Jr and his family, she had recently broken off an engagement to John Husted and was employed as “Inquiring Camera Girl” at the Washington-Times Herald. Jackie, who was 24 at the time, valued her freedom and privacy, which she knew she would have to give up if she married Jack.

“She was wary about his job and his family,” says Skidmore-Williams. “Both would draw her into the public in a way she found distasteful. I mean, she could be the inquiring camera girl and fade into the background. But she knew she wasn’t just marrying Jack, she was marrying his whole family. That’s the way it is with them.”

Meghan Markle encountered similar issues when she became a member of the royal family. Although Meghan has never publicly admitted any hesitation or if she ever considered whether she was ready to take on the enormous pressure of joining the royal family, she did tell Oprah Winfrey that she was unprepared for the full scope of what that commitment would mean. 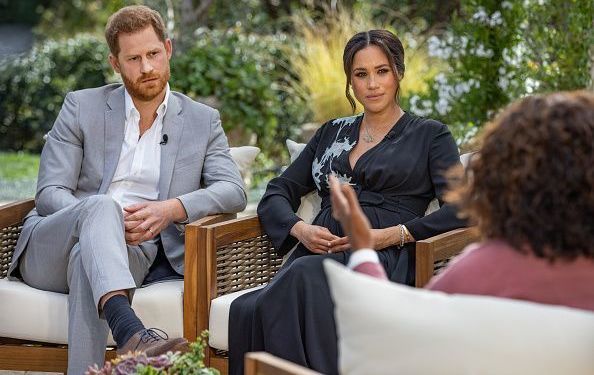 The Duke and Duchess of Sussex, Harry and Megan Markle, being interviewed by Oprah.. Credit: GETTY

Jackie, who had gone to finishing school where she was taught to stay quiet, initially had trouble getting along with the rambunctious Kennedy family.

“She sometimes found it hard to fit in with the other wives at first,” Skidmore-Williams says on the podcast. “She called them the ‘rah rah girls’ and they all referred to her as the ‘deb’ because some of them thought she was stuck up.”

“There are inherently different working styles between Americans and Brits,” they wrote. “Americans can be much more direct, and that doesn’t often sit well in the much more refined institution of the monarchy. Sometimes the American matter-of-fact tone in British society could be viewed as abrasive.”

SheKnows.com reports that Meghan’s recent decision to walk away from the royal family has recently pushed Princess Diana’s turbulent time with the royals back into the spotlight, and that the parallels in Jackie’s experience with the powerful Kennedy family can't be ignored.