Jackie Kennedy met with Irish President Éamon de Valera during the summer of 1967. 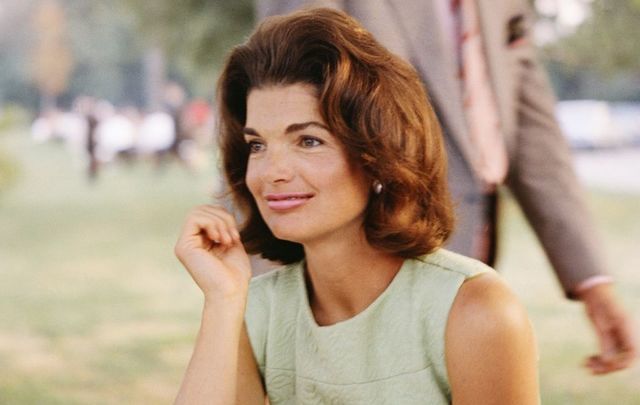 Four years after President John F. Kennedy's assassination, Jackie Kennedy took her children to a beautiful 19th-century house in Waterford for a summer vacation in Ireland.

Jackie arrived at Shannon Airport with her son John and her daughter Caroline on June 15, 1967, before traveling to Woodstown House in County Waterford.

International media lined out to watch Jackie and her two children ride horses on the sprawling grounds of the magnificent house.

Jackie Kennedy visited her close friend David Harlech during her summer vacation in Ireland and the Irish Times reports that the pair briefly became lovers during 1967.

The McDonnells, who were close family friends of the Kennedys, also joined Jackie and her two children at the regency house in Waterford during their summer vacation.

Jackie didn't stay at the house for the entirety of her trip, however.

The former First Lady also traveled to Dublin to meet with then-Irish President Éamon de Valera in Áras an Uachtaráin on June 30, while she also attended a dinner held in her honor in Dublin Castle on July 1.

She later attended the Irish Sweeps Derby at the Curragh in County Kildare.

Woodstown House, meanwhile, is unrecognizable today and has been transformed into a sweeping 6,800 sq ft country house.

Located on a 29-acre site roughly 10km from Waterford City, the house also boasts four refurbished guest apartments, which have been occasionally rented out to film crews shooting in the area.

Actors Julie Walters and Robert Lindsay are among several established actors to have stayed in Woodstown House's guest apartments.

Several celebrities and political figures have also stayed in the locality of Woodstown House, attracted by the stunning scenery and the welcome privacy.

Nancy Sinatra, the eldest daughter of Frank Sinatra, and John Profumo, a former British Secretary of State for War whose career ended in scandal after a sexual relationship with a 19-year-old model became public, reportedly stayed in the locality of Woodstown House at different times.