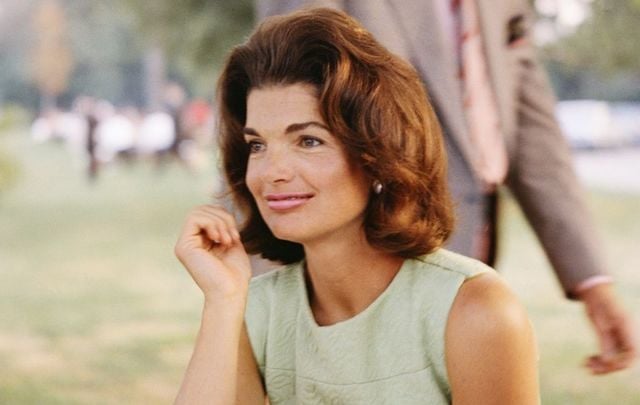 The former First Lady and style icon was a regular client of famed Hungarian dermatologist Dr. Erno Laszlo, who was based in New York City.

Documents released by the Dr Erno Laszlo Institute, and which are currently on loan to New York City’s Makeup Museum, offer a glimpse into Jackie’s skincare routine, The Daily Mail reports.

The personal document was shared on the Makeup Museum’s Instagram.

Dated May 1, 1963, the typewritten consultation notes detail the personalized skincare regime the doctor gave to Jackie. The document also includes tips for President John F Kennedy, who would be assassinated in Dallas six months later.

The notes reveal Jackie dealt with blackheads and pimples and offer guidelines for her to follow on an upcoming vacation to Cape Cod with the president.

Dr. Laszlo instructed her to use a facial toner on her armpits whenever she applied it to her face and advised a protein-heavy diet, with two boiled eggs for breakfast and plenty of fish.

An icon of beauty and style, Mrs. Jacqueline Kennedy is still today one of the most recognizable First Ladies of the United States. In this never-before-seen document dated May 1, 1963, the Makeup Museum is unveiling for the first time new insights into how Mrs. Kennedy maintained her flawless appearance. The skincare consultation notes from @ernolaszlonyc dated May 1, 1963 was typical of the detailed personalization that the Erno Laszlo Institute created for all clients at that time. Erno Laszlo’s chief historian and branding officer Patricia Schuffenhauer explains the holistic approach of the instructions that Mrs. Kennedy was meant to follow, and even some of the products recommended for President John F. Kennedy himself. #MakeupMuseum #MakeupHistory

The doctor also urged her to ditch her hat because the sun was “good for her” and she should “not be afraid of brown spots” because he will “make them fade in the fall.”

The notes say that Jackie found walking “boring” and feared it might cause varicose veins, but Dr Laszlo told her she needed to exercise.

The doctor suggested that JFK use bronzing oil in the sun and, like Jackie, apply Laszlo’s Light Controlling Lotion after bathing. The notes indicate that “Mrs K” agreed to speak to her husband about it.

The paper also says Jackie should drink champagne, because “that is about the only thing she drinks.”

Jackie Kennedy was only one of Dr. Laszlo’s well-known clients. Greta Garbo, Katherine Hepburn, Audrey Hepburn, and Marilyn Monroe were all clients of the dermatologist, who died in 1973.

Doreen Bloch, co-founder and executive director at the Makeup Museum, said the document was “a historical gem.”

“It speaks to the role of women in society, and the importance of beauty and flawless imagery in politics in the 1950s and 1960s,” she said.