The current US President may not have an awful lot of time for Irish American Alec Baldwin, but a former first lady once thought enough of him to ask the actor out on a date, despite their almost 30 year age difference. 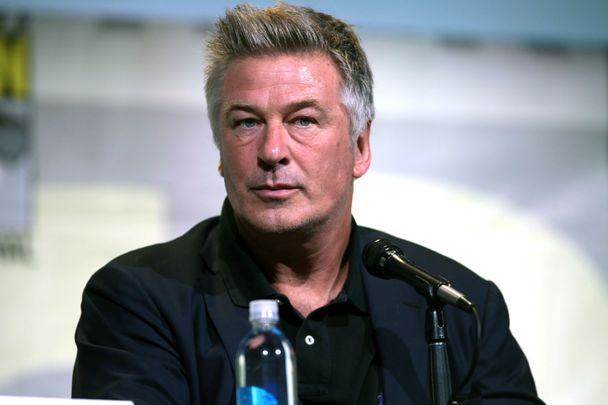 The current US President may not have an awful lot of time for Irish American Alec Baldwin, but a former first lady once thought enough of him to ask the actor out on a date, despite their almost 30 year age difference.

According to a memoir published in 2017 by a close friend, Jackie Kennedy Onassis asked Baldwin to the theater for her birthday when she was 61 and he was just 33.

In “Lucky Jim,” published on Tuesday, April 10, James Hart recalls how the Kennedy Onassis was always willing to share her opinions on the famous men she had her eye on.

Hart’s wife at the time was Carly Simon, who was a good friend of Kennedy’s and someone she considered a "kindred spirit," according to Vanity Fair.

The former First Lady knew that Hart was good friends with Alex Baldwin. One night in 1991 she called Hart to ask him whether he could possibly arrange a date between Kennedy Onassis and Baldwin.

“‘Well, do you think Alec could be my date for the theater on my birthday?'” Hart recalls Jackie asking.

“I was surprised by the openness of the request, but I acted as though there was nothing unusual about it,” he said.

Although Baldwin had recently met his future wife, actress Kim Basinger, the actor quickly agreed to the date.

“‘Are you kidding? Jackie Kennedy wants to go on a date? Of course,'” is how Hart says Baldwin responded.

Jackie Kennedy and JFK on the 35th President's Inauguration.

While Kennedy and Baldwin may not have worked out, the First Lady often revealed details of her romantic life to  Simon and Hart, often talking about her love life when she visited the couple.

“‘So, who would you say is the sexiest man you’ve ever been with?'” Hart says Simon once asked Kennedy.

“Jackie answered without hesitation,” Hart writes. “She answered as though she had been eager to tell someone for a long time just so she could share the thrill of the surprising nature of her answer. Her face broke into a large smile, and her breathy voice filled with delight as she answered.”

The life of Jackie Kennedy after the assassination of JFK was recently chronicled in the movie “Jackie” starring Natalie Portman. While she would remarry and, according to Hart’s memoir, maintained an active interest in dating right up until her death aged 64 in 1994, Jackie always thought with the immense grief of her first husband’s death.

“‘Not long ago, someone told me about an African tribe that beat their drums and scream in anger for a whole day and night when somebody dies,'” Hart recalls Onassis saying to him. “‘I was so angry about Jack, but I didn’t know what to do about it.'”

A 2003 biography of the First Lady’s priest Father Richard McSorley also alleged that she contemplated suicide following JFK’s assassination. In “The Kennedys: America’s Emerald Kings,” McSorley apparently told author Thomas Maier about a conversation in which Kennedy asked him “if God would separate her from her husband if she killed herself.”

Born in Southampton, New York, in 1929, Jackie Bouvier married John F. Kennedy in September 1953 just a few months after he was elected United States Senator for Massachusetts. He was inaugurated as the 35th President of the United States in January 1961, but his presidency was cut short by an assassin in Dallas in November 1963.

The later assassination of her brother-in-law Robert F. Kennedy, on whom she came to rely on after the death of her first husband, reportedly caused her to relapse into the depression he felt after JFK’s death. Seeking privacy and safety for herself and her children, she married her long-time friend Aristotle Onassis, a wealthy Greek shipping magnate, in October 1968. Their marriage lasted less than seven years as Onassis died of respiratory failure in 1975.