Colonel James Fitzmaurice became the first pilot to fly across the Atlantic Ocean from east to west when he landed in Canada in April 1928. 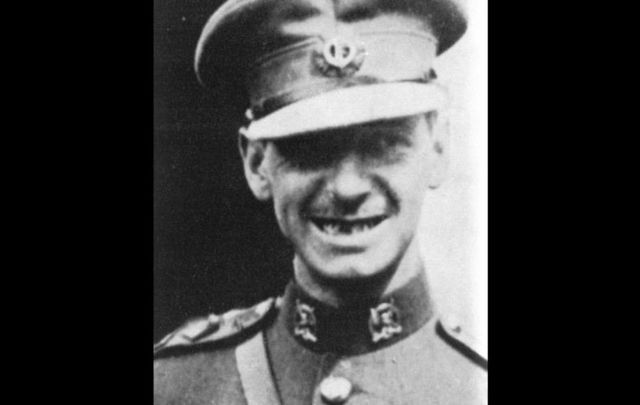 A priceless US flag presented to an Irish pilot after becoming the first pilot to complete a transatlantic flight from east to west has been donated to his native Laois almost 100 years after the historic feat.

Colonel James Fitzmaurice became the first pilot to fly across the Atlantic Ocean from east to west when he landed in Canada in April 1928.

Fitzmaurice and his German co-pilots took off from the military airdrome in Baldonnel on April 12 before landing atop an iced reservoir on Canada's Greenly Island a day later.

The men were later paraded through several US cities and presented with an American flag comprising of 48 stars seeing as Hawaii and Alaska had not yet joined the union.

B. Ross MacMahon, who eventually came to acquire the flag through a family connection with Fitzmaurice, is now returning the artifact to the Irish county where the aviator spent his childhood.

"Laois are cherishing Ireland’s air heritage and the flag should rightfully rest with them," MacMahon said in a statement.

"One of the first planes to fly in Ireland was built by the Aldritt Brothers in their motor garage with the help of carpenter John Conroy and mechanic William Rogers. It was to inspire the young James Fitzmaurice first gained his enthusiasm through the kindly disposition of those in the garage. I am delighted to add to the treasure trove of aviation artifacts already in Portlaoise by formally presenting this flag to Laois County Council."

The flag will be formally presented to Laois County Council at a ceremony at the Midlands Park Hotel in Portlaoise on Saturday, August 20 at 3 p.m. BST.

Local Fitzmaurice expert Teddy Fennelly will also deliver a talk about the aviator's time in the US during the ceremony.

The ceremony will also feature the launch of the Fitzmaurice Archive, a digital collection of newspapers and other documents relating to the historic flight.

All are welcome to attend the ceremony, which will mark Heritage Week in County Laois.