A Kinsale Union Workhouse Register from a two-day period in 1847 highlights the deplorable conditions faced by starving Irish people during the Great Hunger. 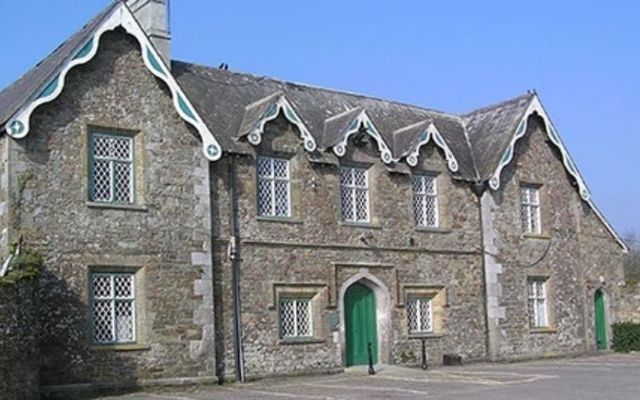 The Administrations Office at the Kinsale Union Workhouse in County Cork. Gerard McCarthy

An Irish historian has uncovered a workhouse register dating back to the Irish potato famine in 1847 which brutally highlights the horrors of the Great Hunger.

Gerard McCarthy, who produced a small exhibition in 2017 in Dublin to mark the 150th anniversary of the famine year 1847, obtained a Kinsale Union Workhouse Register from a two-day period in 1847, highlighting the deplorable conditions of many Irish people.

The first entry in the register notes that 13-year-old orphan Michael Barrett arrived at the workhouse in a healthy condition on March 29, 1847. The register also noted that Michael was badly clothed and that he left the workhouse on October 25 of the same year.

Ellen O'Sullivan, a 28-year-old servant, entered the workhouse with her four-year-old son James on the same day. Ellen was marked as "Able", while her young son was listed as "sick".

James died on April 28 and Ellen left the workhouse a day later on April 29. 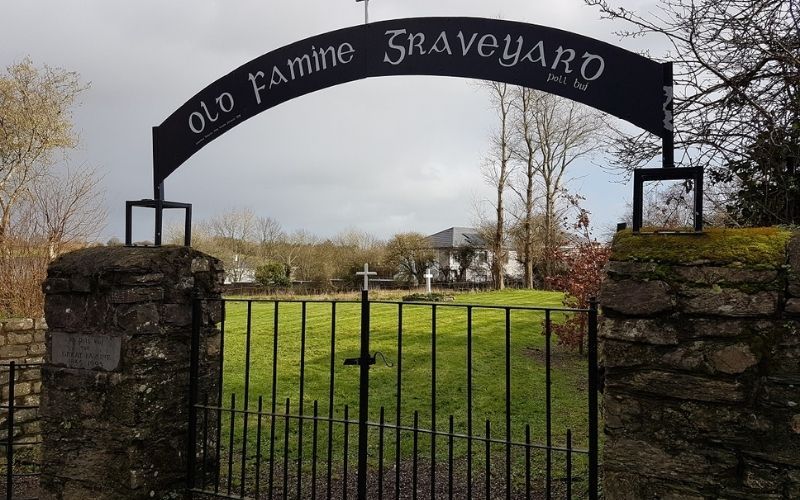 The Graveyard at the Kinsale Workhouse in County Cork. Gerard McCarthy

The register offers a small sample of the horrors witnessed by impoverished Irish people living through the Great Hunger and the dangers faced by those forced to turn to the workhouses.

Workhouses first appeared in Ireland in 1838 as a place where poor people - known as paupers - could go to live. Inhabitants were given a very basic diet and often had to follow strict rules.

By 1846, when Ireland was struggling to cope with the outbreak of the famine a year earlier, there were 128 workhouses across the island of Ireland.

By 1847, many of these workhouses were severely overcrowded, with residents often living in appalling conditions.

These conditions, coupled with the fact that many people entered the workhouses carrying an illness, meant that diseases spread rapidly through the workhouses, with typhus, cholera, and dysentery among the most potent and dangerous diseases.

One workhouses in Fermoy was once home to more than 1,800 people despite being built to cater for just 800 people.

By the end of the Great Hunger in 1852, there were 163 workhouses throughout the country.

Gerard McCarthy, who is from Kinsale, ran a small but successful exhibition on the top floor of St. Stephen's Green Shopping Centre in 2017, highlight the awful conditions experienced by Irish paupers in the mid-19th century, including their lives inside the infamous workhouse.

Gerard's exhibition is set to reopen on June 1, 2022, and will run until the end of September.