The Irish Famine Exhibition is seeking out items related to the Great Irish Hunger to mark the 175th anniversary of the Irish Potato Famine, in April 2020. 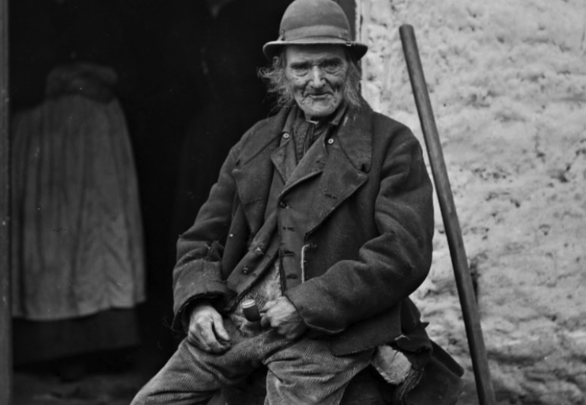 The Irish Famine Exhibition is seeking out items related to the Great Irish Hunger to mark the 175th anniversary of the Irish Potato Famine, in April 2020.

Next year, 2020, marks the 175th anniversary of the Great Hunger in Ireland. Marking the occasion the Irish Famine Exhibition is reaching out to IrishCentral readers in search of artifacts from the time of Ireland's Great Hunger.

Housed on the second floor of St. Stephen's Green Shopping Center in Dublin's city center the Irish Famine Exhibition tells the story of what happened in Ireland during the horrific years between 1845 and 1849 when one million people died, and over six million fled the country in search of a better life.

The Irish Famine Exhibition is now searching for any members of the public who believe they are in possession of any items related to the period of the Great Hunger in Ireland.

The exhibition tells the story of the Famine victims using rare 19th-century photographs, witness accounts, contemporary sketches as well as maps and statistical information. The exhibition is dedicated to all the victims of the Great Hunger.

The exhibition was initially created in 2017, by curator and historian Gerard McCarthy, who felt it was important to mark the anniversary of the worst year of the Famine, 1847, also known to the Irish as Black '47.

In 2019, artifacts loaned to the Irish Famine Exhibition included a workhouse coffin cart, from Johnny Foxes Museum, a cast-iron soup pot from a Donegal man John Cassidy, and a letter from 1876 from a lady in the United Kingdom, according to the museum.

Since 2017 they have also have added other rare photographs, kindly on loan from London based Irish collector, Sean Sexton. These include the incredible photographs of an Irish farm laborer and Irish tenant farmers which were taken in 1853, just as the famine was coming to an end.

The new exhibition will launch on April 6, 2020, and run through Sept 25, 2020. Already the exhibition team has collected new artifacts including some precious items belongs to Florence Burke, an Irish man who fought in the bloody American Civil War in 1864 and fled to the US in search of his love Ellen who had fled Ireland during the Great Famine in 1849.

Do you have some Irish familial history you'd like to share with the Irish Famine Exhibition? You can email the team on info@theirishpotatofamine.com or visit their website here.