Clonony Castle is advertised as a three-bedroom, two-bathroom "detached property" near Shannon Bridge in Offaly. 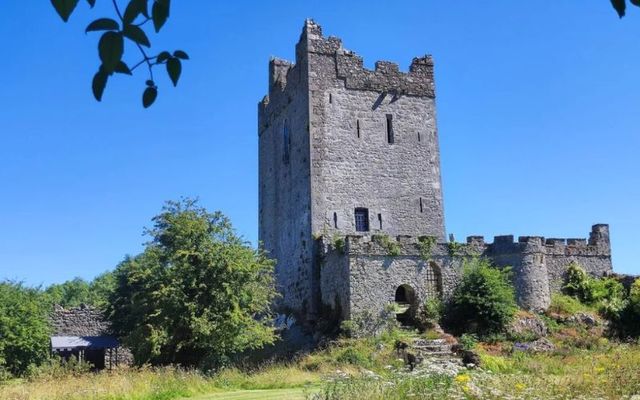 A historic 500-year-old castle in county Offaly is on the market for an undisclosed sum.

Clonony Castle is advertised as a three-bedroom, two-bathroom "detached property" near Shannon Bridge in Offaly.

The property has been a "prominent landmark since the 1490s" when it was constructed by the MacCoughlan Clan, according to an advertisement on Daft.ie.

The castle stands approximately 15 meters tall and is surrounded by a bawn wall with a formal entrance in addition to a number of smaller towers, with the remains of an old church in one corner.

Three acres of land will be included in the sale of the castle, which stands three stories high.

The castle retains a number of original features, including a "murder hole", spiral staircase, base batter, and mural passages.

It also includes round-headed, ogee-headed, and flat-headed windows in addition to gun loops.

The medieval castle commands panoramic views of the surrounding countryside, according to a description on Daft.ie.

The castle's interior remains in a good condition, featuring plenty of antique furniture from a bygone era. 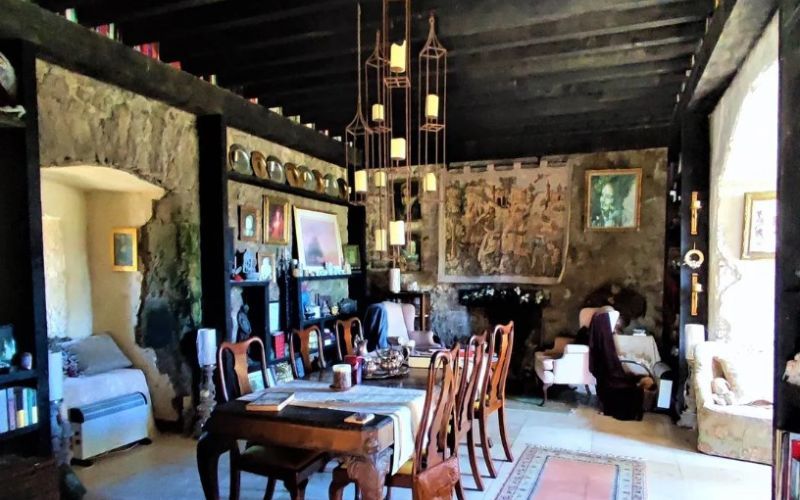 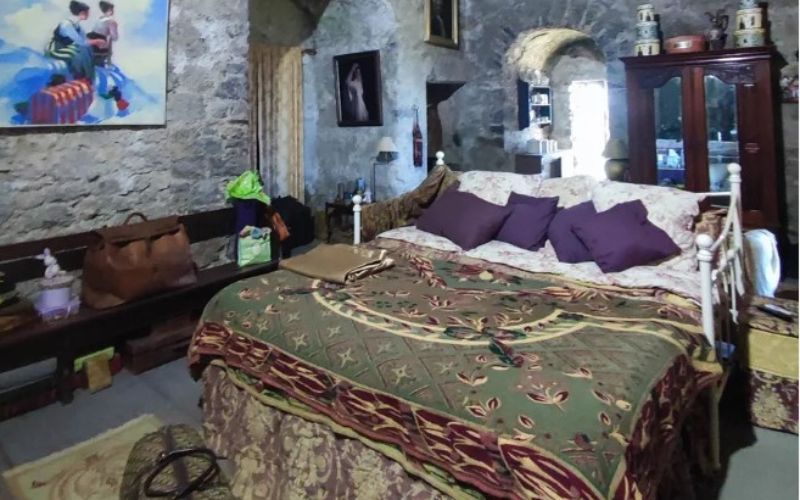 It also boasts a rich and storied history, having been seized by the infamous King Henry VIII in the early 1500s.

In a strategic move, King Henry VIII then gifted the castle to Thomas Boleyn, making him the Earl of Ormond and his daughter Anne a countess. The move elevated Anne to a titled position and enabled Henry VIII to marry her.

"When Anne of Boleyn fell dramatically out of favour, part of her family fled to Ireland and the relative safety of Clonony Castle, where her nieces Mary and Elizabeth remained for the rest of their lives, and where they are reputed to be buried," the advertisement says.

"Their tombstone lies beneath a hawthorn tree in the Castle bawn. The grave was discovered in 1803, approximately 100 yards from the castle."