This year the vernal equinox takes place on March 20, 2022, at 03:33 am, when night and day are equal lengths but what's the ancient connection to St. Patrick's Day? 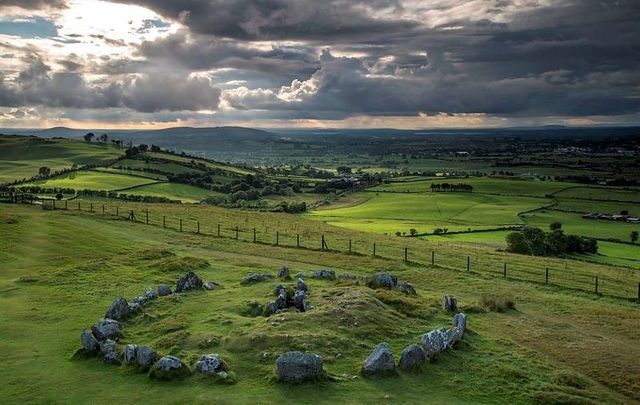 The spring or ‘vernal’ equinox is when the sun appears to be directly over the Earth’s equator and day and night are of equal length. It is considered the start of spring and days will grow longer until the summer solstice in June. For 2022, the spring equinox will occur on March 20 at 3:33 am in Ireland.

Some speculate that the close proximity of the spring equinox to St. Patrick’s Day is due to a merging of ancient Celtic traditions with more modern Catholic rituals.

The Newgrange website explains: “The early Christian church in Ireland incorporated pre-Christian spirituality and festivals into the 'new religion', it is conceivable that the Spring Equinox festival became Christianised and rebranded as Saint Patrick's day.”

“Early Irish Celtic Christianity with its unique mix of Christian and pre-Christian beliefs and practices continued in Ireland until the Celtic monasteries were suppressed in the 12th century. By the time the date for Saint Patrick's day was placed on the universal liturgical calendar in the 1600's the connection with the Spring Equinox would have been lost.”

In Ireland, the spring equinox delivers a phenomenon to the Loughcrew Cairns in County Meath that is very similar to the winter solstice event at Newgrange, also in County Meath.

The Loughcrew Megalithic Center says: “The Equinox is the halfway point in the year between the Summer and Winter solstices. It is over this 3 day period that the back stone in Cairn T is lit up by the morning sunlight shining down the passageway.”

"The passage orthostats, sillstones and roof all combine to shape the beam of sunlight into a large rectangle of light which forms on the back stone of the end recess. As the sun rises in the sky, the shape of the light beam in the passage changes, and the rectangle of light shrinks, moving down and right."

"Repeated observation has shown that the complex engravings of the backstone are carefully positioned markers used to calibrate the day of the equinox. It is quite possible that the beam runs on a four-year cycle used to calculate leap years."