When Ireland fought against British taxation

In an excerpt from her "Echoes of Their Footsteps  Volume I" Kathleen Hegarty Thorne recounts raids on taxation offices in Ireland a century ago. 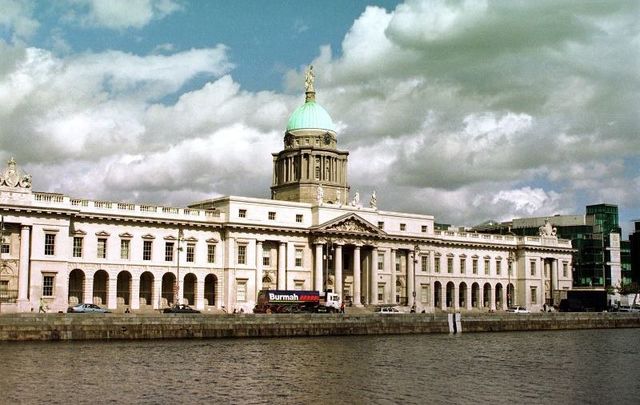 Below is an excerpt from "Echoes of Their Footsteps  Volume I" by Kathleen Hegarty Thorne,  researched by Patrick Flanagan.

Americans staged their Boston Tea Party in 1773 to protest English taxation without representation.  The Irish sent their own message a hundred years ago in April.

The rebels fighting the forces of the British Empire at that time were determined, even under threat of death, to defy the overlords and take away their source of income from the Irish populace. Their continued efforts resulted in a Treaty fifteen months later establishing the Irish Free State.

Typical of similar actions all over Ireland, the Custom House/Tax Offices in various counties were raided. Records were taken and later destroyed. Sometimes the houses of tax collectors were also broken into. Destruction of civil records helped make it impossible for the British government to continue to rule the land.

■April Oldcastle, Co. Meath. Seven men raided the office in which the record keeper lived. When informed what the Volunteers wanted, he called out, “I will come down.” When the Volunteers explained their mission, he showed them the tax office, put out the light, wished them luck, and went back to bed while the Volunteers gathered all the paperwork (Witness Statement of Peter O’Connell, Kells, Co. Meath, pp. 3−4)

■3 April (Saturday night) Sligo town office was raided by Liam Pilkington, Jim Keaveney, and one other Volunteer (Sligo 1914−1921 A Chronicle of Conflict by Michael Farry, p. 196)

Read More: 100 Years of Bias - lingering questions from an Irish shooting in 1920

Some offices in Ireland were hit a month or so later. But the message was the same:

■12 May: Carrick-on-Shannon and Roscommon town offices were hit as was the Dungloe office in Co. Donegal, Downpatrick office in Co. Down, and twenty-six other offices in seventeen different counties (The Donegal Awakening by Liam Ó Duibhir, p. 136) and (“Clergyman Wounded by Raiding Party,” Irish Independent, 14 May 1920, p. 5)

Read More: No guns for the IRA? No problem!