There’s now an immersive Titanic production on a boat, organized by class

“Ship of Dreams: The Titanic Experience" takes its audience on a 3-hour immersive theatrical experience based on the doomed voyage of the ocean liner built in Belfast 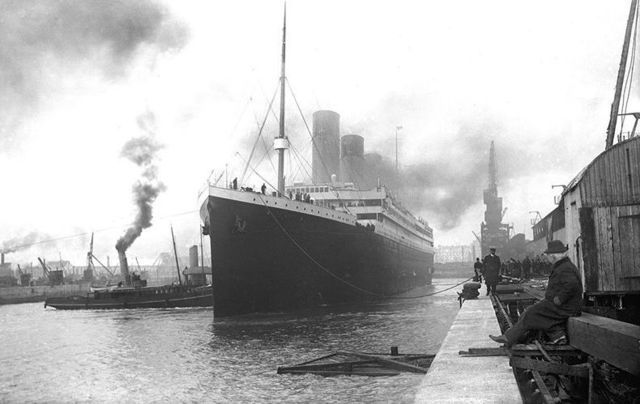 The Titanic in Southampton Wikimedia Commons

“Ship of Dreams: The Titanic Experience" takes its audience on a 3-hour immersive theatrical experience based on the doomed voyage of the ocean liner built in Belfast.

The RMS Titanic was built by Harland and Wolff in Belfast and made its last port of call in Cobh (then Queenstown) Co. Cork before embarking on its first transatlantic voyage. A few short days later the ship struck an iceberg and sank, taking 1,500 people to a watery grave. It remains one of the worst disasters in maritime history.

The tragedy was made famous in the novel "A Night to Remember," and then immortalized in our cultural consciousness in the 1997 Oscar-winning film "Titanic."

Queenstown vendor sells lace on board the Titanic.

Read More: Titanicdance could be the next Riverdance Irish dance phenomenon

Now, the doomed ship is the subject of a new immersive theatrical production called  “Ship of Dreams: The Titanic Experience" in Singapore.

Per the website Sixth Tone, on the production, running November 1 – 25:

"DreamWeaver Productions will invite fans of the film to experience the doomed voyage firsthand aboard a ship refurbished to look just like the luxury liner. Aboard the vessel, which will sail along the Huangpu River from Nov. 1 through 25, guests will take part in “Ship of Dreams: The Titanic Experience,” a three-hour immersive theatrical experience that invites attendees to play the roles of some of the show’s central characters."

According to DreamWeaver director Ann James, the audience "can choose to follow a character around, be a part of the story, or just sit back and enjoy the view."

Read More: The Irish who lived and died on the Titanic

Depending on ticket price, this ranges from immersing oneself in the role of a third-class passenger to paying the price of $3,000 to be Rose, the fictional Titanic passenger made famous in the James Cameron film.

There are even some true-to-life Irish passengers to interact with:

Like the passengers aboard the real Titanic, the audience for “Ship of Dreams” is divided into different classes depending on how much they pay for their tickets. Kate Meyers plays a fictional third-class passenger on the ship, Irish immigrant Shannon Dempsey. “She is tough but charming, and she has a very specific goal that she’s trying to achieve,” Meyers said coyly. “She’ll stop at nothing to achieve that goal, so she’s very tenacious.”

According to Brian Wang, the director, the production was inspired by the pioneering immersive theatrical experience "Sleep No More," which debuted in London and has enjoyed an extended run in New York City.

Titanic aficionados can also look forward to the voyage of the Titanic II cruise liner, which is slated to set sail from Australia in 2018.

What do you think of productions that dramatize the Titanic? Share your thoughts in the comment section.