Next Irish dance phenomenon? 'Titanicdance' could be the next 'Riverdance'

Irish dance musical extravaganza had a massive success in China. 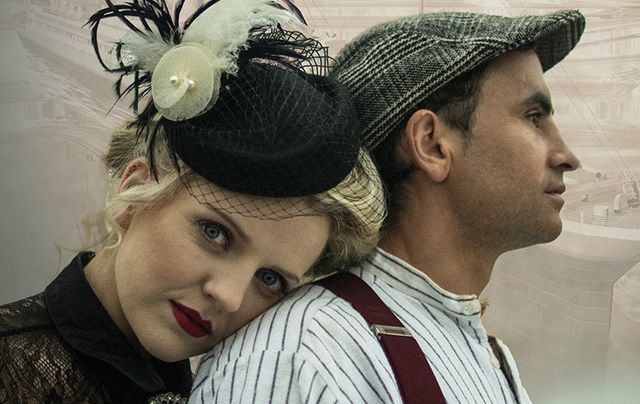 Detail from the Titanicdance poster.

A new Irish dance musical is making massive waves in China with audience numbers topping one billion people! It seems that 'Titanicdance' could be the world’s next Irish dance phenomenon.

'Titanicdance' is an Irish musical dance sensation that tells the story of the world’s most famous ship from its beginning in the Belfast shipyard to its tragic end in the Atlantic Ocean.

Produced by Millennium Forum, 'Titanicdance,' is gearing up for a performance at The Helix, in Dublin, on September 16.

The company told IrishCentral, fresh from their appearance at the China International Folk Arts Festival, in Qinghai. 'Titanicdance' was seen by a live audience of over one billion people.

New Irish dance show Titanicdance is coming to the US

What do you think? Could Titanicdance be the next Irish dance phenomenon? Read more here: http://irsh.us/2tVMqR9

Creative Director and Lead Dancer, Raymond Sweeney told IrishCentral, “We have been looking forward to our American trip for some time now and can't wait to get on stage to show the people of America our amazing production.  I am very excited to see their reaction.

“China was a great experience for all involved with 'Titanicdance' and was a great honor to be invited to represent Ireland in such a huge festival. The fact that it was broadcast to 1.3 billion people was staggering. To dance on the historic Great Wall of China was a fantastic conclusion to our visit”

Read more: Irish dancers perform with the most beautiful backdrop you’ll ever see

Produced by Millennium Forum Productions, 'Titanicdance' took audiences in Ireland by storm when it opened at the Odyssey Arena in Belfast in 2014. The show received standing ovations in Belfast before enjoying a sell-out run at the Millennium Forum in Derry.

According to its creators, “This is not just an Irish dance show; it’s an emotional journey of hope, aspiration, love, heartbreak and sadness that will mesmerize audiences everywhere.”

Read more: How Harland and Wolff’s Belfast office is being converted into $36m Titanic Hotel