How did Saint Patrick die? 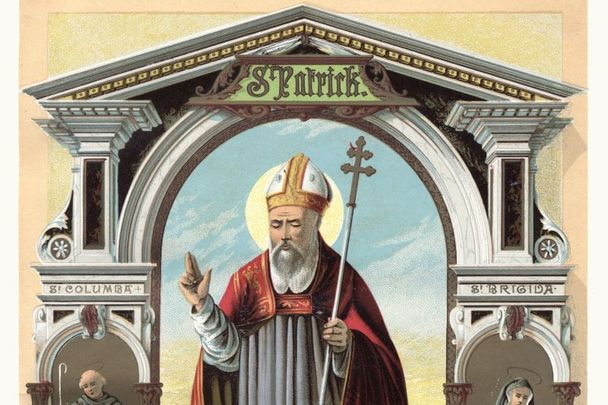 The Irish patron saint's death would go on to become Ireland's national holiday.

But how did the man who brought Christianity to a hitherto uncivilized Ireland meet his death?

The circumstances of Saint Patrick's death are understandably a little muddy.

Some contend that he died as late as 493 AD when he was more than 100 years old. Most, however, accept that he died in 461 at an extremely healthy age of 76.

It's generally accepted that Saint Patrick died - and was buried - in Downpatrick near Belfast.

Some scholars believe that Patrick, who had returned to Britain after converting thousands of Irish people to Catholocism, sensed his coming demise and wished to travel back to Ireland before his death.

He wished to return to Saul, close to present-day Downpatrick, where he reportedly performed one of his first conversions.

While he sailed to Ireland, an angel is said to have appeared to him in a vision and told him also to return to Saul.

He died shortly after arriving at the northern town.

News of Saint Patrick's death spread like wildfire throughout 5th-Century Ireland and chieftains and priests from all corners of the island flocked to Saul to pay their last respects to their fallen idol.

That night, the town of Saul was alight with dozens of torches lit in homage to Saint Patrick, while psalms filled the night air.

Ireland observed Mar. 17 as a religious holiday for centuries, but it wasn't until much later that it became the festival we're used to today.

In fact, it didn't even originate in Ireland.

The modern St, Patrick's Day festival can trace its origins back to New York in 1762 when Irish soldiers serving in the British military marched through the city to commemorate the holy day, giving rise to one of the most famous parades in the world.