How did Ireland come to be called the Emerald Isle?

Ireland’s resplendent greenery played a big part, of course, in earning it the nickname the Emerald Isle but there’s more to the story. 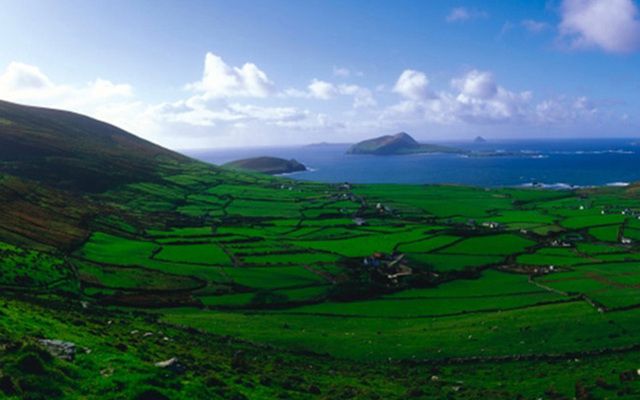 Ireland’s resplendent greenery played a big part of course, but there’s more to the story of how it became known as the Emerald Isle. Thinkstock

The term “The Emerald Isle” is synonymous with Ireland and its rolling hills and vales of green – at least forty shades, or so the famous Johnny Cash song goes. But how did Ireland come to be known as the Emerald Isle?

Ireland’s resplendent greenery certainly had a lot to do with it, but there's more to the story and it starts with one rather interesting man.

The first time the words ever appeared in print in reference to Ireland was in a poem by Belfast-born William Drennan, titled “When Erin First Rose.”

Drennan, a poet, a physician and a political radical who helped found the Society of United Irishmen, was born in Belfast in 1754. His father was the Reverend Thomas Drennan, who served as minister of Belfast’s First Presbyterian Church.

After studying in Scotland, Drennan returned to Belfast in 1778 and set up an obstetrics practice. He was known for being a medical innovator, urging for simple but effective measures such as hand-washing to prevent the spread of disease and of inoculation against smallpox. In the early 1780s, he began publishing creative and political works and became known for his support of Catholic emancipation and civil rights.

He moved to Dublin in 1789, and in 1791 he and his brother-in-law Sam McTier developed a plan for the Society of United Irishmen. As they exchanged in letters, they envisioned “"a benevolent conspiracy—a plot for the people—no Whig Club—no party title—the Brotherhood its name—the rights of man and the greatest happiness of the greatest number its end—its general end, real independence to Ireland and republicanism its particular purpose—its business, every means to accomplish these ends as speedily as the prejudices and bigotry of the land we live in would permit."

As the society grew, Drennan became its leading force in Dublin and stood trial for libel in 1794. But by 1798, the year of the rebellion, he had parted ways with the society as its emphasis shifted to rebellion and violent uprising.

It was in 1795, however, that Drennan penned the poem “When Erin First Rose.” The stanza where the words "the Emerald Isle" first appeared reads:

Alas! for poor Erin that some are still seen,

Who would dye the grass red from their hatred to green;

Yet, oh! when you're up, and they're down, let them live,

Then yield them that mercy which they would not give.

Arm of Erin, be strong! but be gentle as brave;

And uplifted to strike, be still ready to save;

Let no feeling of vengeance presume to defile

The cause of, or men of, the Emerald Isle.

Dr. Drennan married Sarah Swanwick in 1800, and in 1807 he retired from the medical profession and returned to his native Belfast. There he founded the Belfast Monthly Magazine and became involved with the Belfast Academical Institution, one of the first attempts at educating Protestants and Catholics together for secondary and higher level education.

When Drennan died in 1820, in a final symbolic gesture he had insisted that his coffin be carried by three Protestants and three Catholics.