The extraordinary story of the female members of the Pearse family who raised funds in the US to save Patrick Pearse's school after his execution. 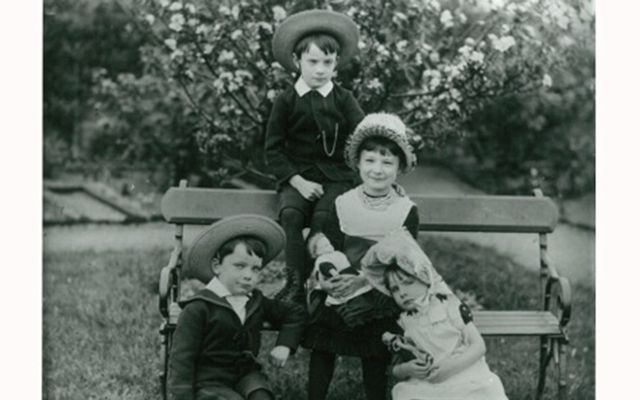 On September 8, 1908, Patrick Pearse opened St Enda’s College, Ireland's first bilingual, lay Catholic school for boys. This book extract gives an insight into how the Pearse family battled to save the school after his death in 1916.

Editor's note:  Throughout the 2016 Easter Rising centenary events and beyond, all efforts were made to remember those people who the history books had previously brushed aside, especially the women who fought alongside the men for Irish independence. This included the lives of the talented Margaret and Mary Brigid Pearse, sisters of Rising martyrs Patrick and William Pearse, both men executed for their role in the rebellion.

In the book “Sisters of the Revolutionaries: The Story of Margaret and Mary Brigid Pearse” published by Merrion Press, sisters Teresa and Mary Louise O’Donnell provide a fascinating insight into the previously unknown importance of the Pearse sisters’ contributions and the formidability of their characters.

Below is an insight into the book and the way in which the sisters and their family battled to save Pearse’s school after his death.

Forty boys were enrolled at the school in its first year and the following year, enrolments at the school rose to c.130; about 30 boarders, 70 day pupils, and 30 in the preparatory school.

To accommodate the increased numbers enrolling at the school, Pearse decided in 1910 to relocate St Enda's to The Hermitage, an eighteenth-century house, set in fifty acres of woods, orchards, a river, and lake in Rathfarnham, Dublin.  Extensive modifications costing £2,666 were carried out on the building to adapt it for the purpose of a school and a lease of £300 per annum was agreed.

Each member of the Pearse family and some of their extended family taught at or assisted in the running of the school. Mrs. Pearse acted as housekeeper and matron and Patrick's brother Willie taught art, English, and history. Patrick's elder sister Margaret was an assistant mistress but also assumed various other roles, including teaching junior French and corresponding with pupils during holidays; his younger sister Mary Brigid taught harp and piano at the school. Despite the Pearse family's commitment to the school, the move to The Hermitage was not successful and student numbers decreased gradually from 1911 onwards.

After the Rising in April 1916, St. Enda's remained closed until the Fall of that year when it was reopened at Cullenswood House because The Hermitage was occupied by British soldiers.

From June to September 1924, Mrs. Pearse toured the USA to raise funds for St Enda’s and Sinn Féin. This tour of cities such as Boston, New York, Concorde, Lexington, and Detroit was arduous for a 67-year-old woman but was a testament to her desperation to keep the doors of St Enda’s open. The trip raised $10,000.

Throughout the 1920s, donations were sent to the Pearse family from all parts of the world; for example, $100 from the Pittsburgh Irish Independence Club and $1,500 from a group of Irish Americans represented by Eugene Kinkaid.

Some Gaelic Athletic Association (GAA) clubs in Mitchelstown, Co. Cork, and Limerick organized fundraising matches and an annual céilí was held in New York City to raise funds.The main source of funds was from the USA and Canada, so in 1926, Margaret embarked on a fundraising tour to the USA.

In the absence of proper records, it is impossible to say how much money was donated to Mrs. Pearse and Margaret from 1916 onwards and also how this income was spent. The donations were sporadic, however, and the financial situation at St Enda’s was precarious throughout the 1920s and 30s.

In a letter to the McGraths from Long Island, New York, in 1927, Margaret expressed her concerns about her mother’s health and the endless work and financial strain they were both under. Notwithstanding this, they persevered with their efforts to keep St Enda's open as a memorial to Patrick and Willie.

In 1935, three years after the death of her mother, Margaret decided that the financial burden of running the school was too much. The closure of the school marked the end of Patrick's and the Pearse family's contribution to transforming the Irish education system.

“Sisters of the Revolutionaries: The Story of Margaret and Mary Brigid Pearse” by Teresa and Mary Louise O’Donnell, printed by Merrion Press, is available to purchase here.