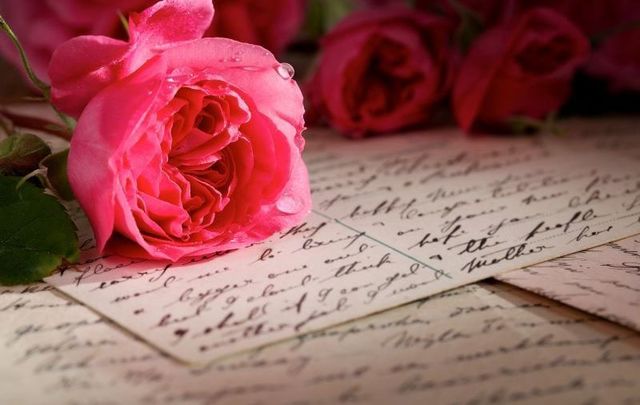 These love letters to famous Irishmen have become timeless Getty

These famous Irish men inspired some beautiful, adoring letters and words from the women who loved them

Not only have Irish people a way with words but they also have the ability to inspire amazing, romantic words from others. Just look at the letters of love sent to these famous Irish men.

Kitty Kiernan was Michael Collins’s fiancée and the two were set to be married before he was gunned down in Béal na Bláth, Co. Cork in 1922.

Even though she subsequently married, her last request was to be buried near to him.

In one of her last letters to Michael Collins, Kitty Kiernan wrote:

“l was terrified that you would take all kinds of risks and how I wished to be near you so that I could put my arms tightly around your neck and that nothing could happen to you. I wouldn't be a bit afraid when I'd be beside you, and if you were killed I'd be dying with you and that would be great and far better than if I were left alone behind. I'd be very much alone if you were gone. Nothing could change that, and all last week and this I've realized it and that's what makes it so hard.”

Kitty O’Shea on falling in love with Charles Stewart Parnell

Kitty O’Shea was the wife of an Irish Member of Parliament, Captain William O’Shea, when she met Parnell. They fell instantly in love, but he lost his political power when the affair was revealed. He died in her arms four months after they married at age 45.

After he died, Kitty O’Shea wrote her reminiscence of when she first knew she loved Charles Stewart Parnell. It was the autumn of the year 1880. They had met earlier that summer and carried on an affair even though she was married.

“On the platform for Eltham at Charing Cross (train station) stood Mr. Parnell. As our eyes met he turned and walked by my side. He did not speak. He helped me into the train and sat opposite me.

"I leant back and closed my eyes and could have slept but that the little flames deep down in Parnell’s eyes kept flickering before mine though they were closed.

"He took off his coat and tucked it round me but I would not open my eye to look at him. He crossed over and leaning over me to fold the coat more closely round my knees he whispered, “I love you” and I slipped my hand into his and I knew I was not afraid.”


Maud Gonne was WB Yeats’s muse. He proposed to her four times, but she refused each one. Yet, she was his inspiration.

“....at a quarter to 11 last night I put on this body & thought strongly of you & desired to go to you.
We went somewhere in space I don’t know where - I was conscious of starlight & of hearing the sea below us. You had taken the form I think of a great serpent, but I am not quite sure. I only saw your face distinctly & as I looked into your eyes (as I did the day in Paris you asked me what I was thinking of) & your lips touched mine. We melted into one another till we formed only one being, a being greater than ourselves who felt all & knew all with double intensity - the clock striking 11 broke the spell & as we separated it felt as if life was being drawn away from me through my chest with almost physical pain.”

Do you have your own Irish love story? Share in the comments!