Did the Gaelic language have an influence on Icelandic culture? 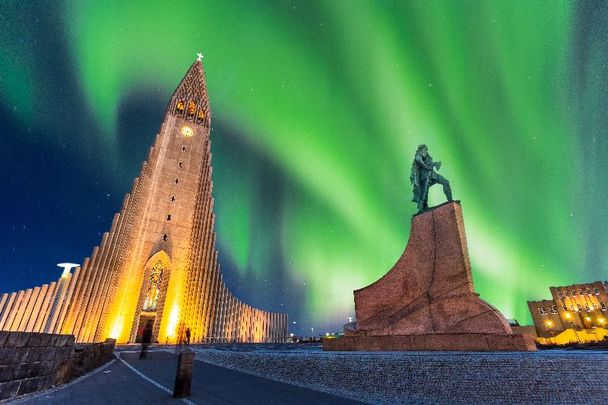 An Icelandic archaeologist believes that Gaelic-speaking settlers from Ireland and Scotland had a profound impact on Iceland's language, landscape, and literature.

The Icelandic archaeologist and journalist draws on the example of Aud, a Gaelic-speaking warrior queen living in 9th-century Viking Dublin who took a group of Irish and Scottish crewmen on a voyage to Iceland.

Fridriksson believes that voyages such as Aud,s were central to Iceland's early history and has compiled a list of common Icelandic words that he believes have Gaelic influences.

"Every Icelander who has been living for a long time in another Scandinavian country – who has learned to speak Norwegian, Danish or Swedish very well – comes home back to Iceland, hears words in Icelandic never spoken in these languages," he told the Guardian.

"And I started to look at these words and I found them in Gaelic dictionaries, so I began to look at placenames, and a very great deal of Icelandic placenames, mountains, spaces – very important placenames – are very hard to explain in a Scandinavian way."

Fridriksson's controversial theory challenges the long-held belief that Iceland is a wholly Viking place founded 1,100 years ago during the Viking conquests of the Atlantic's north-eastern seaboard.

However, it has found support in groundbreaking DNA research by genetics company deCODE and researchers at the University of Oxford, which found that 63% of Iceland's earliest female settlers were of Scottish and Irish origin. The research also found that roughly 20% of its earliest male settlers were from Ireland and Scotland.

The research contends that many were Viking slaves captured during the Viking conquest of eastern Ireland and the Scottish island of Hebrides.

However, there is also evidence that early Christian Irish hermits founded settlements in Iceland before the Vikings arrived there.

Professor Gísli Sigurðsson of the Árni Magnússon Institute in Reykjavik said there was significant evidence to prove that Iceland's early population was "much more mixed than previously accepted" but said Fridriksson's claims had not yet been substantiated and that more studies were needed.

"The question of linguistic influence from the Gaelic needs to be addressed more seriously than scholars have been willing to do," he told the Guardian.

Fridriksson told the Guardian that high-status Gaelic-speaking women who voluntarily married Viking men were among the earliest settlers in Iceland and were responsible for naming important landmarks.

Fridriksson hopes his new book will prompt debate on the issue and said the Gaelic influence on Icelandic culture is far bigger than people have believed until now.

"The best of the so-called Viking culture is from the Gaelic areas; it’s the poetry, the music," he said.