From Timoleague in Ireland to Gwalior in India

IrishCentral Contributor Arunansh B. Goswami, a historian and lawyer in India, looks at the relationship between Irish man Aylmer Martin Crofts and Maharaja Madho Rao Scindia. 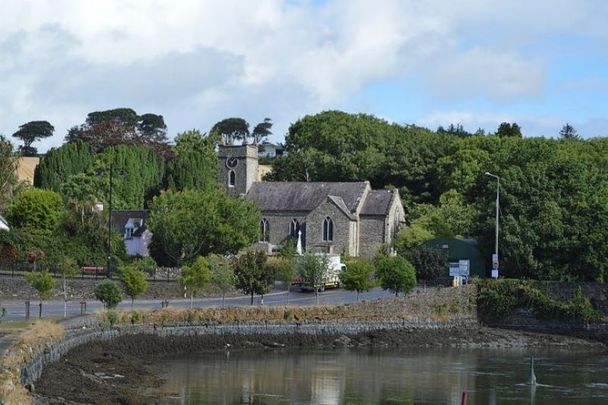 The Church of the Ascension in Timoleague, Co Cork. N Chadwick (CC BY-SA 2.0)

An odyssey of love and respect of an Indian maharaja for his Irish teacher.

An Irish teacher, an Indian Maharaja, and a church in Ireland - what connects them all? The answer is love. Love, respect, appreciation, gratitude, trust, and longing of an Indian King for his Irish teacher. A King not small by any means, ruler of one among the five top-ranked princely states in India, Gwalior, more than twice the size of the modern nation-state of Belgium, and a royal family which once had de facto hegemony over the entire Indian sub-continent, and from whom British conquered the capital city of India, Delhi in 1803.

Wait a minute, I know it sounds confusing at the first go, but read on, what you will find is an emotional odyssey, where a man from Europe winds up in Asia, becomes so close to a Maharaja that it is said, that the Maharaja never took political decisions without his advice! Well, this vindicates the phenomenal amount of trust that this Irishman enjoyed in the Maharaja’s court. It was trust and respect that made this Maharaja address this Irishman as “Guruji,” meaning teacher in Hindi, the language this Maharaja, from an originally Marathi-speaking family, spoke.

From the ravines of Chambal rose a king 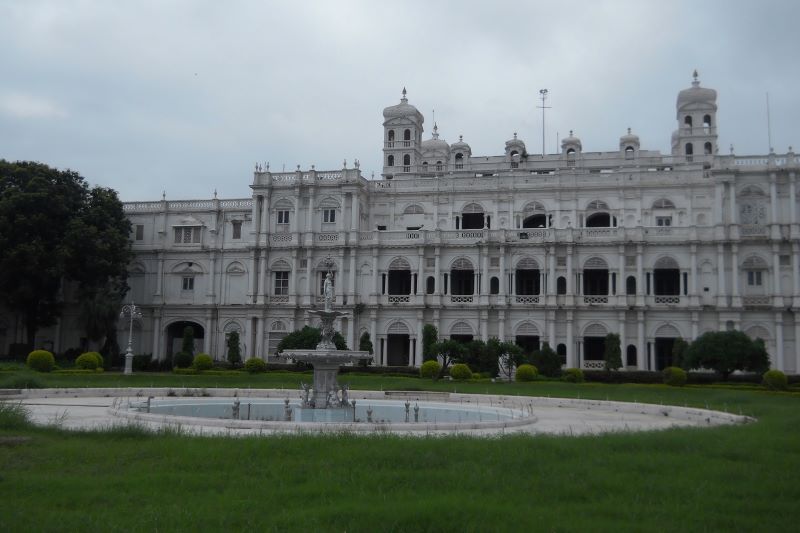 First things first, let us get to know who is this Maharaja. This Maharaja is the ancestor of the current Union Minister of Civil Aviation and Steel in the Union government of the Republic of India, and the titular King of Gwalior Mr. Jyotiraditya Madhavrao Scindia. The author happens to be working with him and his wife, titular Queen of Gwalior Mrs. Priyadarshini Raje Scindia, as a researcher, and during his research discovered that his ancestor, Maharaja Madho Rao Scindia, enjoyed a rather close and warm relationship with Irishman Aylmer Martin Crofts.

Crofts, who was born in Co Cork, joined the Indian Medical Service in 1877. He remained in India until 1914 and was tutor, mentor, and lifelong friend of the Maharaja Madho Rao Scindia, also known as “Maker of modern Gwalior,” one of the prominent cities, in the modern Indian state of Madhya Pradesh.

The maker of modern Gwalior 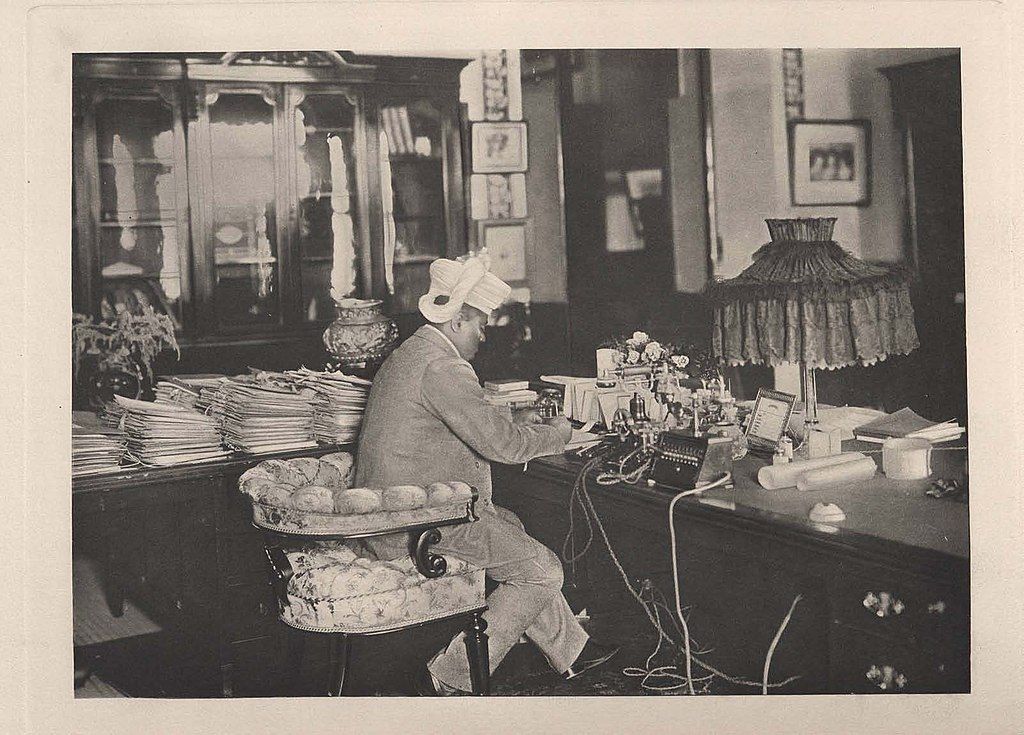 Gwalior had made great progress under Scindias. All this has been due in great part to the activities of two men, father and son, the late Maharaja Madho Rao and Maharaja Jiwajirao Scindia.

Maharaja Madho Rao Scindia insisted that surplus funds be invested to provide income for the progressive undertakings which he initiated. The compulsory 20—23 percent saving instituted by him made possible the funds for irrigation, education, and famine relief. This continual saving and setting aside of funds for nation-building activities was almost unheard of in the India of his day. Its results still persist.

The many improvements introduced by Maharaja Madho Rao Scindia had been possible without also introducing increased taxation. In civil life, Maharaja Madho Rao was widely known and honours too numerous to mention were showered on him. He was the first Pro-Chancellor of Benares Hindu University, and honorary doctorates were conferred by the Universities of Oxford, Cambridge, and Edinburgh. 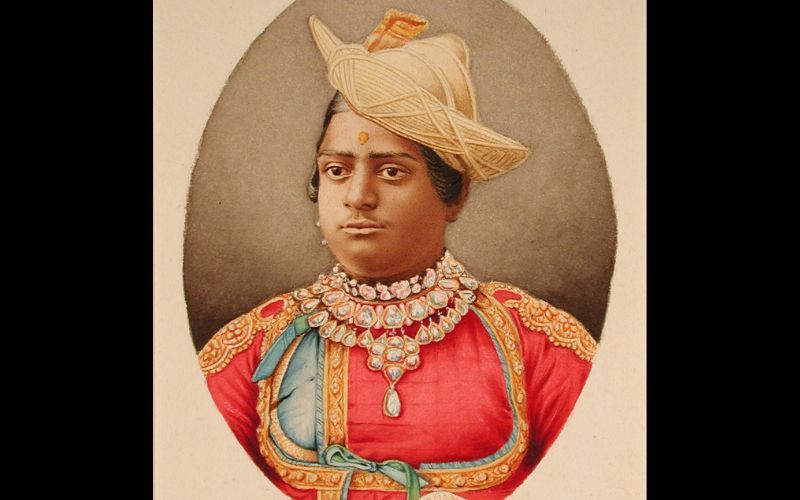 For nearly 17 years, Irishman Colonel Crofts (to give him his rank at the time) had been in Gwalior performing the joint official duties of Residency Surgeon and Medical Adviser to His Highness.

The giant of an Irishman, kind-hearted, if brusque-tempered, was not merely a very intelligent physician, he was the Maharaja's counsellor in several administrative matters, as well as the director of many of his outdoor hobbies.

Ungrudgingly, he kept an eye on several State departments where his advice, made for efficiency. For example, to his unofficial interest (such as was only to be expected from one who had so strong a passion for horses) was due much of the admirable organisation of the Animal Department at this time.

The affection between the doctor and the Irish who had now grown to be a man was very real, and lasted unbroken until the elder's death in 1915. No European at least ever had a tithe of the influence which the Irishman exercised on Madho Rao Scindia. From the start, this tall, breezy Irishman had more influence over the young Maharaja than any other European, an influence which only terminated with the Surgeon-General's death in 1915.

When ill, His Highness had never submitted to regular treatment from anyone except the Colonel, his "Guruji" as he used to call him. From the day of Colonel Crofts's transfer, during any periods of ill-health or actual malady, the Maharaja suffered, no other doctors to make a fair trial of their science, indeed he always displayed impatience with their methods. With the departure of the Colonel, the Gwalior Medical Department was given its separate head, an Indian doctor.

Timoleague Church in Co Cork, a symbol of Irish-Indo friendship

Crofts died in 1915 and in his memory, the Maharaja financed the completion of the mosaics at Timoleague Church in Co Cork, part of the United Dioceses of Cork, Cloyne, and Ross. They were completed during one of the most turbulent times ever seen in West Cork, as the War of Independence and then the civil war brought death and destruction to the region.

The small church at Timoleague likes to hide its light under a bushel. On the outside, it is readily identifiable as a typical Church of Ireland building synonymous with the “Board of First Fruits” period (1711-1833).

Work began on the present building (which replaced a crumbling medieval structure) in 1802, but due to delays caused by Napoleon’s “Continental Blockade”, necessary building materials (such as the pitch-pine roof timbers) could not be brought from the Baltic, so the building was not completed until 1811.

A casual visitor would not find anything especially remarkable about the outside of the building; it is from within that this building shines. Above all, it is the magnificent mosaics inside the church building that make this a place well worth the visit. Particular items of Interest are The East Window, depicting the crucifixion, which was declared by Bishop John Gregg in 1865 to be “a graven image”. It remained hidden by a curtain until the early 20th century.

The Pulpit of marble and white Caen limestone from Normandy. The Mosaic and gold leaf on the chancel walls together with the painted ceiling and polished Kilkenny Marble wall panels. The Mosaic and stained glass windows in the nave and south transept. The depiction of the Ascension of Christ on the West Wall. The Angel Font, a favourite feature for many.

Well readers I hope you agree it was an eventful, interesting, and emotional odyssey? That’s what India is like, welcoming, warm and courteous to those who make this country their home.

Let me add a caveat here: Even though the time we have covered in this article is from the age of colonialism, nevertheless we do find instances of cross-cultural, cooperation, bonhomie, and love even in a colonised land.