The surprising tale of the famous Waterford resident, Adele Astaire

The Forgotten sister of Fred Astaire, a dancer, icon and star who made Ireland her home. 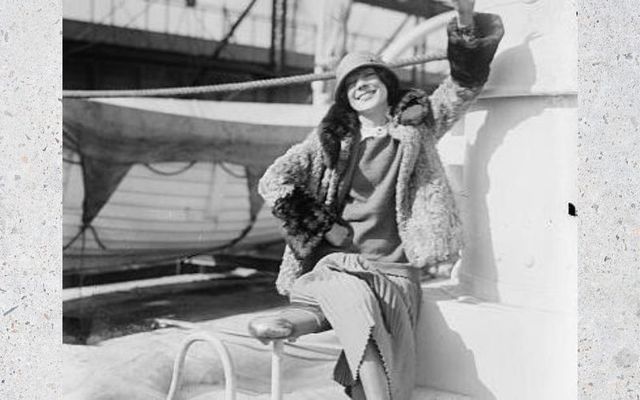 Epitomized in song, culture, and film, Fred Astaire and Ginger Rogers have become legendary Hollywood pin-ups, famed for their talent and charisma as dance stars. But, long before Ginger Rogers, Fred Astaire had another dancing partner, his sister Adele and, although forgotten by history, she was the driving force behind Tinseltown’s most famous dancer and movie star. She also made Ireland her home.

* This article was originally published in our sister publication Ireland of the Welcomes magazine. Subscribe to this bi-monthly magazine here *

Adele Austerlitz was born in Omaha, Nebraska, in 1896, three years ahead of her little brother Fred.  Showing promise at her local dance academy, her parents were advised to take her to New York to pursue a stage career. At the age of eight and with five-year-old, Freddie in tow, Adele moved with her mother, Ann, to begin her training, leaving her father Fritz behind in Omaha working at Storz Brewing Company. Their father sent them his wages to support their schooling. Fred started taking dance lessons for something to do.

Soon the pair had an act ready for the stage and began touring run-down theatres on the vaudeville circuit. It wasn’t glamourous and the children worked hard. Around this time, their mother came up with what she felt was the more showbusiness name, ‘The Astaires’, and it stuck.

The family went through hard times when prohibition swept America and Fritz Astaire lost his job at Storz Brewing Company. At one point, their mother Ann, pawned her engagement ring to pay for their train fare home from a tour.

When the children reached maturity, they broke through from Vaudeville to Broadway and began a whirlwind career on the stage, where Adele shone. Much more outgoing than her brother Fred, her charisma and stage presence made her a popular star, both in the US and in London where they burst onto the scene in the 1920s.

At the time, England was going crazy for anything American and the Astaires were the most popular act in London, selling out hundreds of shows and batting away paparazzi from their dressing rooms.

They also were a hit with the British royalty who invited the pair to glitzy after-parties. 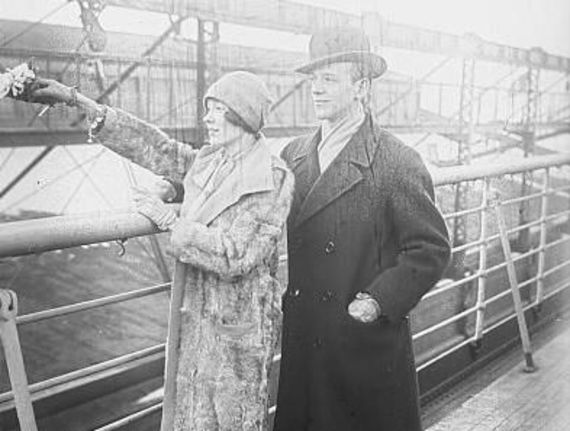 Adele and Fred photographed on a ship in 1920.

During these years, Fred developed his famous tap routines, battling piano duels with music by George Gershwin. He worked tirelessly on his routines, much to Adele’s chagrin – she was said to be a more natural dancer but preferred partying to practice.

In 1932 the double act came to an end when Adele left the stage to marry her beau Lord Charles Cavendish, a charming English man, and second son to the 9th Duke of Devonshire. They were given Lismore Castle, County Waterford as a wedding present by his family and so began the Astaire connection to Ireland. 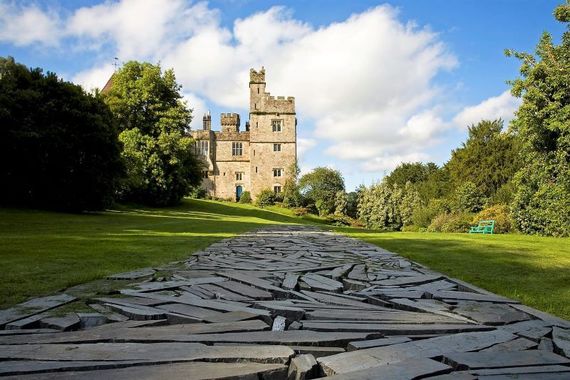 At first, Adele was happy to relax in the Irish countryside, enjoying a well-earned break after nearly 30 years of a glitzy but grueling work schedule. The marriage, while mostly happy, was marred by the loss of their children at birth and by Cavendish’s deterioration into chronic alcoholism.

The Astaires had only parted ways when Fred Astaire shot his first Hollywood role and soon after joined with Ginger Rogers in the first of ten musical films. Fred was unwilling to be partnered up again so quickly but with studio pressure and a realization that the on-screen partnership was a huge success, he agreed to the continuing movies.

By all accounts, it was difficult for Adele to watch this flourishing relationship and Fred’s rising star and she even began shooting her own film in the 1930s. Ultimately, she felt the screen was not for her and she pulled out of the movie causing herself financial loss.  She never begrudged Fred his success and the pair remained forever close. 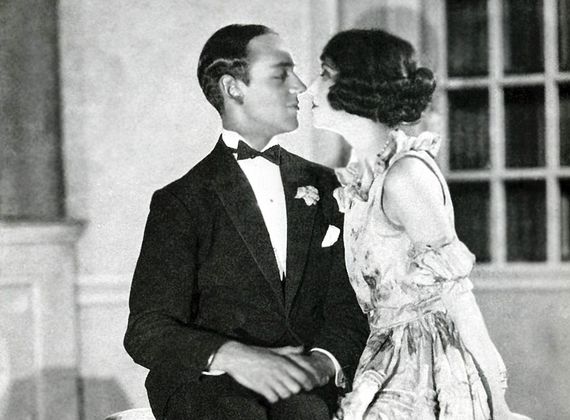 Fred and Adele on stage.

Adele left Lismore Castle, in 1947, after the death of her husband Charles and her re-marriage to an American investment banker and a director of the CIA, Kingman Douglass. As part of her inheritance agreement, she continued to visit the castle in early summer each year until 1979 when she became too ill to travel.

In 1975 Fred Astaire’s daughter Ava Astaire also made Ireland her home, meaning Fred Astaire still had an excuse to visit the emerald isle after Adele died in Arizona, in 1981. It was Ava who scattered some of Adele’s ashes at Lismore Castle, according to her wishes, forever connecting her to the county she loved so much.

* Nicola Cassidy is a historical fiction author from County Louth. Her novel Adele tells the story of the Astaires in a bio-fictional tale. It was published by Poolbeg Press.

* This article was originally published in our sister publication Ireland of the Welcomes magazine. Subscribe to this bi-monthly magazine here *