A European Samhain - Ancient Halloween traditions from Ireland and beyond

An extract from "Samhain: The Roots of Halloween" by Luke Eastwood. 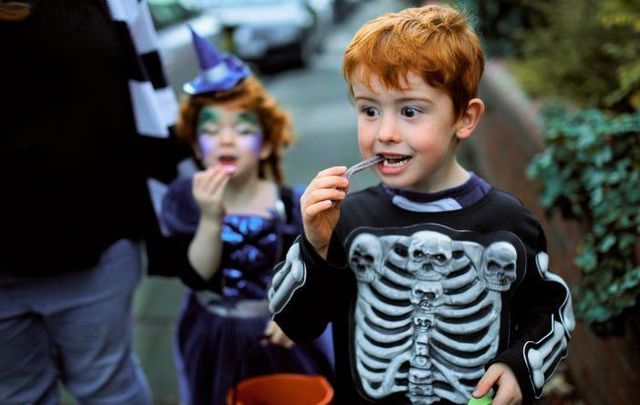 Although a vast number of Halloween/Samhain traditions come from Ireland, many of them also come from Britain – Scotland, Wales, Cornwall, and parts of England. Similar traditions have also survived to some extent in continental Europe, particularly Brittany.

Halloween bonfires were a big tradition in Ireland on 31 October. In Britain, particularly England and Northern Ireland, the tradition is displaced to 5 November with children begging ‘a penny for the Guy’, which is a stuffed effigy of Guido (Guy) Fawkes to be burned on the bonfire, although in Northern Ireland this was/is sometimes an effigy of the Catholic Pope.

On the Isle of Man, New Year’s Day was regarded as 1 November until relatively recently. The mummers play, a form of re-enactment of old pagan beliefs, would take place with mummers going from door to door on Halloween, singing a song, ‘Tonight is New Year’s Night, Hop-tu-Naa!’ Children also participated by going around begging and saying rhymes or giving some other kind of performance.

Also popular throughout Ireland and the British Isles was for young people to get up to harmless mischief – for instance, removing doors from sheds, moving items to unusual places and letting cows out of a field, etc. It was common for young people to impersonate the spirits of the land, but now the American custom of dressing up in scary costumes has become popular.

Joe McGowan recounts in Echoes of a Savage Land how it used to be growing up in Sligo (north-west Ireland):

Years ago there were no trick-or-treaters in Sligo. But the spirits were out! Evidence of the previous night’s activities greeted churchgoers as they walked to mass on All Saint’s Day; carts left with one wheel or no wheels, gates missing, cabbage-strewn roads... A favorite trick was to fasten the front and back door of a neighbor’s house from the outside and then climb up on the roof and block the chimney, sending clouds of smoke into the kitchen below.

Another choice prank was to take the cart up to a gate, bringing the shafts through the bars, and then harness the ass to the other side. This was quite an unusual sight in the morning and very funny, to everyone except the owner of the team.

...a farmer well known for his bad humor kept the whole parish amused for days with his efforts to chase away a ‘strange’ horse, which was later revealed, after a shower of rain, to be his own horse, disguised by a coat of whitewash. 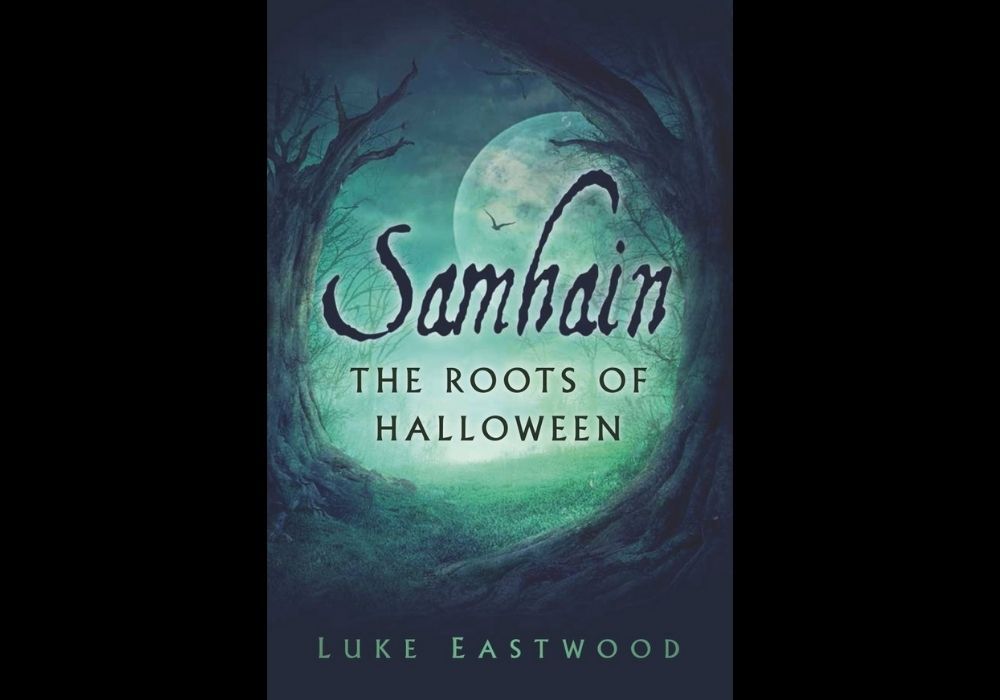 "Samhain: The Roots of Halloween" by Luke Eastwood.

In modern Ireland, such pranks are still fairly popular – such as turning road signs to point the wrong way or leaving traffic cones in silly places. More common generally across Ireland and in most countries is the ‘trick-or-treat’, which more often than not involves a treat. However, some tricks do happen – like blue mouth or pepper sweets and being sprayed with water pistols and being targeted by firecrackers or buckets of water, etc.

In Ireland, the Tuatha Dé Danann were considered to have power over the fertility of the land, and similar beliefs existed in parts of Britain. It was thought necessary to placate them as they could bring either prosperity or plague and famine – sick cattle and poor harvests. People acknowledged this power and made offerings on the ground, usually of milk, sometimes meat (pork most often), and also cakes. This would occur at the four Celtic feasts, including Samhain.

It was also common at Samhain for people in masks (mummers) and suits, traditionally of straw, to go around villages and towns to beg for food, drink, or money. If people were stingy they were thought to receive bad luck and misfortune in the year ahead.

A very similar tradition survives today in Dingle, Ireland, on St Stephen’s Day/Wren Day (26 December), perhaps again transferred from Samhain. Teams of people (including musicians) representing different streets or areas of the town (mostly men) go around the whole town in straw costumes and get progressively more drunk. When teams encounter one another they have a mock battle. After it is over, those not fit only for bed retire to the pub and more drink is taken.

In some cases the Samhain or Christmas/New Year processions involve a horse character, often with snapping jaws, called the white mare, hobby horse, Láir Bhán (Irish) or Mari Lwyd (Welsh), representing the sidhe (Tuatha Dé Danann) spirits of the land riding forth across the land. In Limerick, it was called the ‘Blanket Horse’ (Capall an tSusa) and across the country, the horse’s entourage were called names such as strawboys (buachaillí tuí), guisers, hugadais or visards. To show disrespect to the Lár/Láir Bhán and its entourage was to invite famine, disaster and general bad luck on yourself and your household.

Some believed that at Samhain the fairies could turn the yellow-flowered weed, ragwort (gone to seed usually), called buachalán buí, into spirit horses and use them to ride about all night long. Sometimes a human might be able to join them, so long as they did as they were told. In one story, a young fellow is invited by the king of the fairies to ride with them on a white calf but told not to speak. In their adventures they ride over to Scotland but after the young man lets out an exclamation about the calf making an excellent jump the fairies all disappear, leaving him a journey of more than a day to get back home to Ireland.

It was considered advisable to stay well clear of graveyards on Halloween night as the dead might well rise. Some considered that to see a ghost or risen dead person at Samhain would cause instant death!

Staying clear of ringforts, barrows, and burial mounds was also considered to be a wise move, as it was often believed that lights and sounds of dancing and laughter could be heard at Samhain as the sidhe came out into the world. It was also thought that the spirits of the dead could emerge into the world of the living through these places. Equally, the sidhe or the dead might kidnap the living, bring them gallivanting or even back to the otherworld:

It is considered on All Hallows’ Eve, hob-goblins, evil spirits and fairies hold high revel and that they are traveling abroad in great numbers. The dark and sullen Phooka (púca) is then particularly mischievous and many mortals are abducted to fairyland. Those persons taken away to the raths are often seen at this time by their living friends, and usually accompanying a fairly cavalcade. If you meet the fairies, it is said, on All Hallows’ Eve, and throw the dust taken from under your feet at them, they will be obliged to surrender any captive human being belonging to their company.

In Britain and Ireland, new fire was brought into the house from the bonfire to light the hearth fires that had been put out before nightfall. This on a smaller scale echoes the lighting of the royal fire at Tara (probably from the Tlachtga fire) and the subsequent lighting of fires across the country. This tradition has been transferred to Christmas in many cases with the lighting of the Yule log.  In Ireland, fires are far less common than a few decades ago, but in Dublin in particular, the Halloween bonfire tradition still survives, although it is discouraged by police for health and safety reasons.

* Samhain: The Roots of Halloween, is Luke Eastwood’s 8th book, which is published by The History Press, it is available from lukeeastwood.com and most online book retailers.