The Antrim woman who gave us the Ballad of Roddy McCorley

A political and cultural activist, Ethna Carbery left much work behind her when she died young, including this famous ballad recorded by The Dubliners and The Pogues. 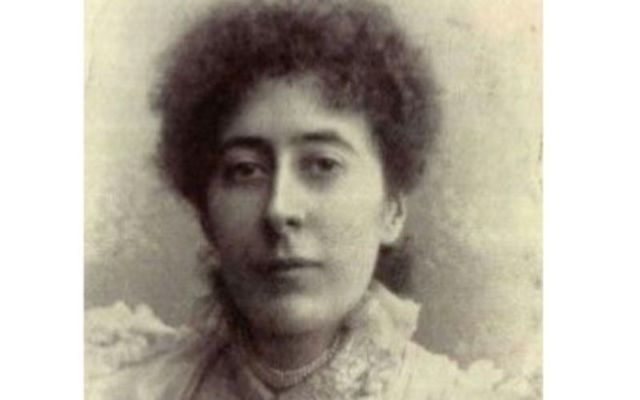 A political and cultural activist, Ethna Carbery left much work behind her when she died young, including this famous ballad recorded by The Dubliners and The Pogues.

Ethna Carbery was born as Anna Johnston in Ballymena, County Antrim, on Dec 3, 1866. Her father was a timber merchant and her mother was a native of Donegal, which is just one strand of the connection she held to Tir Chonaill.

From an early age, she was well aware of the political situation in Ireland and the articulated young woman became a regular contributor to nationalist newspapers under the name Ethna Carbery.

In 1901, she cemented her connection to Donegal when she married poet and author Seamus MacManus and the couple lived in Revlin House, Mountcharles, Donegal.

Ethna Carbery joined Maud Gonne's lecture tour of Ireland in 1898 to mark the centenary of the 1798 Rebellion. In 1900 she became a founding member of Inghinidhne na hEireann and served as its Vice President and publisher of its monthly mouth organ the Shan Van Vocht.

Carbery's life of political and cultural activism would be tragically cut short when at the age of just 35 she succumbed to gastritis and died in her husband's arms on April 21, 1902 at their Donegal home. She was laid to rest in nearby Frossas Cemetery.

Ethna Carbery left much work behind and her devoted husband succeeded in getting them published posthumously, including many poems and ballads still popular today.

Among Carbery's work published posthumously were two large volumes of stories and a collection of poems and songs including The Ballad of Roddy McCorley. She went back to her Antrim roots to write this popular ballad of the young rebel hanged at the bridge of Toome.

Roddy McCorley was a Presbyterian from Duneane Co Antrim whose political convictions arose from the treatment dished out to his family by landlords.

McCorleys father had been hanged for sheep stealing and as a consequence, the rest of the McCorley family were evicted from their smallholding.

In Ethna Carberys ballad she puts McCorley in the thick of the action during the 1798 rebellion at the Battle of Antrim. McCorley is credited with leading a band of rebels at Toomesbridge and leading them in the capture of Randalstown.

In the aftermath of the defeat of the United Irishmen those who were not killed or captured went on the run, including  McCorley. He joined the Archer Gang, a group of rebels led by Thomas Archer who lived the outlaw life in the valleys and glens of Antrim. McCorley's exploits against the authorities gained him a folk hero status but like all true romantic outlaws, he was finally caught when an informer betrayed him to the dreaded red coats.

McCorley was court-martialed in Ethna Carbery's birthplace Ballymena and was subsequently found guilty. From there he was marched to Toomesbridge and on Feb 28, 1800, young Roddy McCorley was hanged near the bridge and his body buried beneath the gallows.

Fifth two years later the remains of the young rebel were recovered by his nephew Hugh McCorley who was the foreman of works at the new Toome bridge on the River Bann. Hugh recovered his uncle's remains and on Jun 29, 1852, they were reburied in an unmarked grave at Duneane cemetery.

His grave may be unmarked and his exploits may have fallen into the ages but thanks to Ethna Carbery the story of Roddy McCorley survives through a ballad that has been recorded throughout the years by the likes of the Dubliners, The Clancy Brothers, and The Pogues to name a few.