The DNA of a man buried at Newgrange showed signs of first-degree incest, according to researchers at Trinity College. 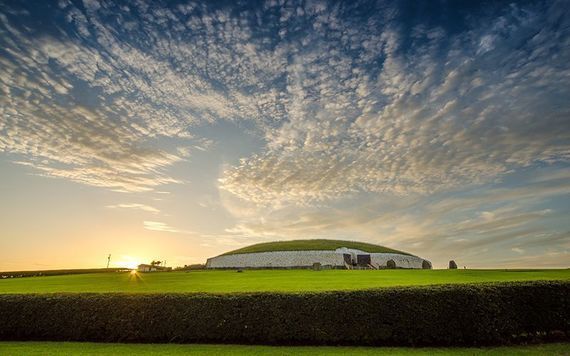 The Newgrange passage tomb is over 5,000 years old. Getty

The DNA of a man buried at the passage tomb in Newgrange shows signs of incest and interbreeding in early Irish society, according to a new study.

A team of archaeologists and geneticists at Trinity College have discovered that the man was likely part of the ruling elite in Neolithic Ireland and that he was inbred in a similar way to Inca god-kings and Egyptian pharaohs.

The researchers used DNA sequencing technology on bone samples and discovered that he was born as a consequence of first-degree incest, conception between full siblings or a parent and offspring.

Dr. Lara Cassidy, lead author of the research paper published in the National scientific journal, said that she had never seen anything like it at Newgrange.

"We all inherit two copies of the genome, one from our mother and one from our father. This individual’s copies were extremely similar, a tell-tale sign of close inbreeding. In fact, our analyses allowed us to confirm that his parents were first-degree relatives."

Cassidy explained that the incest made it almost certain that the man was part of the ruling elite. She said that incest was only socially acceptable among elites in ancient history.

Elites often used incest to separate themselves from the general public, legitimize their power and intensify hierarchy, according to Cassidy.

Dan Bradley, Professor of Population Genetics at Trinity College, additionally told the Irish Times that the prestige of the man's burial also made it extremely likely that he was a member of royalty.

He said that the only people worthy of being with the elite in this period were family members.

Cassidy said that the man was distantly related to elites found buried at other sites as far apart as Carrowmore in County Sligo and the Millin Bay monument in County Down, hinting at an extremely powerful kin-group that had access to some of the most prominent burial sites on the island of Ireland for more than 500 years.

The Trinity College researchers have also unearthed the oldest confirmed case of Down's syndrome in the world in a male infant in the Poulnabrone portal tomb in County Clare.

The study found that the child died when he was just six months old and that his skull and his eyes were a distinctive shape and size consistent with children with Down's syndrome.

The infant was breastfed and well taken care of, according to the researchers, and Dan Bradley said that the visible difference in his appearance didn't exclude him from a prestigious burial.

The remains are at least 4,000 years old, according to the study.