From the introduction of Christianity the Good Friday Agreement - key moments in the Emerald Isle's past. 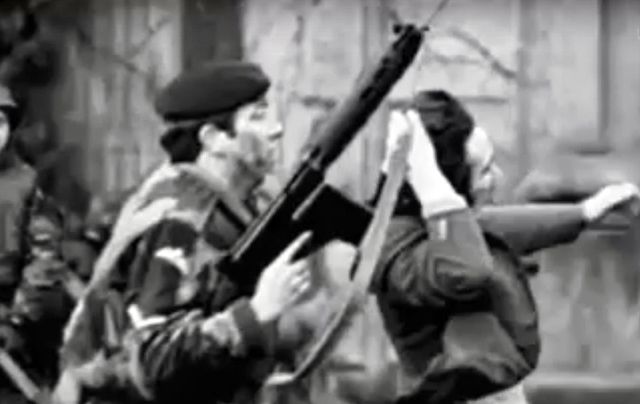 Blody Sunday: From the introduction of Christianity the Good Friday Agreement - key moments in the Emerald Isle's past. Thinkstock

Certain moments have had a seismic impact on Irish history. Here are IrishCentral's 11 most important moments that shaped the Ireland of today.

1. The coming of the gospel to Ireland

Though the spread of Christianity is generally linked with Saint Patrick, it had actually been established in Ireland before his arrival in 432. “The Irish were in the habit of plundering the long western seaboard of Roman Britain in search of booty,” Irish author Neil Hegarty explains in his book Story of Ireland. “The first Christians in Ireland, therefore, were most likely Britons carried across the sea as slaves.”

In 431 AD, not Saint Patrick but Bishop Palladius, an aristocratic Briton who is often left out of the Irish story, arrived from Rome to minister to these ‘Irish believing in Christ.’

Christianity became fundamental to Ireland’s culture and identity. It has played a part in some of Ireland’s greatest struggles, but also its glories - like the Book of Kells, for one.

2. The arrival of King Henry II in Ireland

In 1167, a small group of Anglo-Norman adventurers sailed from Pembrokeshire in Wales to County Wexford – within a couple of years, the ports of Waterford, Dublin and Wexford fell, though the Irish tried their hardest to put up a good fight.

Soon after in 1171, King Henry II arrived in Ireland to add to his extensive empire, marking the establishment of the first English colony. The papal possession remained in Ireland for 400 years to come, surviving the Black Death, an indigenous Irish resurgence and a Scottish invasion.

It wasn’t until Henry VIII became king in 1541 that England and Ireland became formally united under one crown.

3. The Plantation of Ulster

In 1606, Scottish farmers, craftsmen, artisans and other settlers arrived at the port of Donaghadee in Co. Down to create the Plantation of Ulster, a British (Protestant) settlement in Northern Ireland, which until this point was the most Catholic part of the country.

Some 30,000 colonists then arrived in Ulster, expelling Gaelic landowners from their homes. The plantation marked the beginning of a very violent century to come.

4. The Sack of Drogheda

In August of 1649, English military and political leader Oliver Cromwell marched 30 miles to Drogheda, an Irish port held by Royalists, where his troops indiscriminately massacred 3,500 people. This was much of the town’s population: Irish, English, Catholic and Protestant alike.

Winston Churchill said the siege “cut new gulfs between the nations and the creeds. Upon all of us there still lies the curse of Cromwell.”

5. The Battle of Aughrim

The Battle of Aughrim, fought in in 1691 in the boggy fields of Galway, was the final defeat of Catholic Ireland and the beginning of Protestant ascendance.

6. “An Argument on Behalf of the Catholics in Ireland”

Wolfe Tone, one of Ireland’s most charismatic national leaders in history, wrote a pamphlet in 1791 titled “An Argument on Behalf of the Catholics in Ireland.”He dreamt of a non-sectarian Irish Republic, and his compelling pamphlet called for the emancipation of Ireland’s Catholic.

After it was published, a group of Presbyterian merchants and manufacturers who supported Tone’s passion and vision formed the Society of United Irishmen in Belfast.

Inspired by the American and French revolutions, they launched the Irish Rebellion of 1798 with the objective of ending British rule over Ireland, which began in May and lasted through September. Tone was captured, tried by court-martial in Dublin and sentenced to be hanged. He took his own life shortly before his execution was to take place.

Daniel O’Connell envisioned an Ireland where Catholicism and national identity went hand in hand, and he understood the importance of enlisting the masses to achieve goals - specifically, repealing the Act of the Union.

He showed the world the possibilities of mass politics and media, and the threat of popular unrest as a means of achieving political goals. He had the whole world, not just Ireland and the UK, asking the Irish Question of independence.

Due to O’Connell’s mass Catholic Association movement, the British government in 1829 were frightened for the first time by the possibility of anarchy in Ireland.

Probably the most devastating five years in Ireland’s history, the Great Hunger began with a potato blight in 1845 that lasted through 1849, killing over a million with disease and starvation.

The population fell into serious decline due to deaths and emigration, and the trauma was felt for years and years after the famine ended.

The inaction of the British government exacerbated the famine’s effects; nationalists coined the phrase, ‘the Almighty send the potato blight but the English created the famine.’

9. Fifteen leaders of the Easter Rising are executed

Over the course of nine days in May of 1916, fifteen leaders of the Easter Rising were escorted from their cells in Dublin’s Kilmainham Gaol to the stonebreaker’s yard to be executed by firing squad.

Initially after the Easter Rising, the public wasn’t supportive of the rebels because they left Dublin in pieces and many civilians were killed. After British authorities decided to execute the men they became political heroes; public opinion shifted radically overnight. This set the scene for the next five years, which brought the end of British rule in Ireland and the 1922 establishment of the Irish Free State.

On January 30 1972, a civil rights march for Catholic equal rights in Derry/Londonderry, Northern Ireland took a turn for the horrid when British soldiers opened fire on the crowd of protesters and bystanders. Thirteen men were killed on the spot, seven of whom were teenagers, and a fourteenth died months later due to injuries.

While Bloody Sunday doesn’t have the highest amount of casualties in Ireland’s history of wars and massacres, it was perhaps the most significant event of the Troubles because the fatalities came from the forces of the state itself, and in full view of the press and public.

Initially, the public accepted the army’s claim that IRA operatives in the crowd fired first. It wasn’t until 38 years later that a new British government inquiry exonerated the victims, deeming the army’s actions “unjustified and unjustifiable.”

Though a solution to the Troubles in Northern Ireland for years seemed impossible, the signing of the Good Friday Agreement in April 1998 was perhaps the biggest political development in the peace process.

Central to the Agreement were issues related to civil and cultural rights, decommissioning of weapons, justice and policing, which set a strong framework for Northern Ireland’s political progress.

What have been the most significant moments in Ireland’s recent history? Let us know what you think in the comment section, below.

*List of events formed by Neil Hegarty, author of Story of Ireland and Dublin: A View from the Ground.