Ireland's greatest fighter pilot ever killed on this day in 1918

Edward "Mick" Mannock was one of the greatest pilots in the British Army during WW1 and he was born in Ireland, His death took place today, July 26, in 1918. 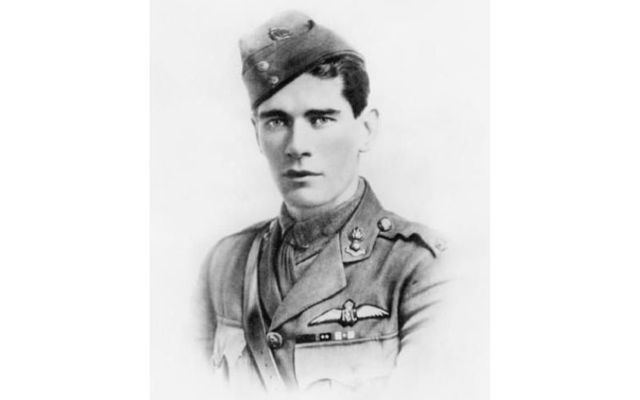 Edward "Mick" Mannock was one of the greatest pilots in the British Army during WW1 and he was born in Ireland, His death took place today, July 26, in 1918.

Some 240,000 Irish served in World War One and almost 40,000 died. There was just 6,000, however, who joined the Royal Flying Corps and the Royal Naval Air Service. Some 500 Irish died in the flying services.

"Irish Aviators of World War I: Volume I" by Joe Gleeson details the heroism of Irish pilots such as Edward "Mick’"Mannock.

Mannock who had 61 ‘kills’ was known as an ace, which means he had scored five or more aerial victories during the war.

The son of a Scottish corporal in the British army, his Mother, Julia O’Sullivan, came from Ballincollig, Co. Cork. Edward Corringham "Mick" Mannock was born on May 24, 1887.

Although there is some doubt about where he was born, his service papers list Ballincollig as his place of birth.

Mannock had a curious accent with an Irish, English and Indian lilt. When the war started he found himself in Turkey, where he worked on cable laying for a telephone company.

In the Royal Flying Corps, Mannock was not popular with his fellow pilots at the start of his career with No 40 Squadron due to his outspoken nature.

On May 7, 1917, Mannock barely escaped with his life when his plane was badly shot up. He had his first victory by shooting down a German observation balloon.

He showed his humility after he shot down a German two-seater, killing one of the crew.

"The machine was completely smashed and rather interesting also was the little black and tan terrier – dead – in the observer's seat. I felt exactly like a murderer,” he wrote in his biography of his visit to the crash site.

"The journey to the trenches was rather nauseating – dead men's legs sticking through the sides with putties and boots still on – bits of bones and skulls with the hair peeling off and tons of equipment and clothing lying about.

"This sort of thing, combined with the graveyard stench and the dead and mangled body of the pilot combined to upset me for a few days," he wrote.

On July 26, 1918, he took a rookie New Zealand pilot out to train him for his first kill, but he flew too low and was hit by rifle and machine gun fire and was killed. He was posthumously awarded the Victoria Cross, Britain's highest award for valor.

"Overall, Mannock accounted for at least 61 enemy aircraft and remains one of the RAF's highest ever scoring aces," Dublin author Joe Gleeson writes.

"He is Ireland's greatest fighter pilot ever.

"In all likelihood, Mannock was the greatest RAF pilot of all time," adds the author, who wrote Volume 1 of a three-part series while on a career break.