Does Ireland hold the record for the world’s longest good-bye?

The Irish presented Lord Morpeth with a scroll signed by more than 150,000 well-wishers, longer than four football pitches. 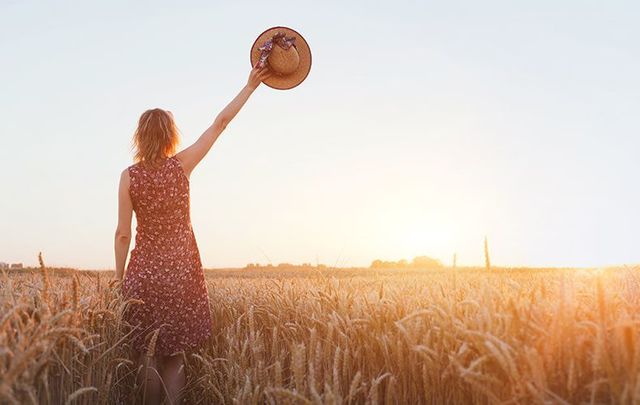 Bye, bye, bye now, goodbye! The Irish are famous for their long goodbyes, but do they actually hold the record for the world's longest goodbye?

When George Howard, aka Lord Viscount Morpeth, left his post as Chief Secretary for Ireland in 1841, he was presented with a remarkable parting gift: a roll of paper 450 yards long, signed by more than 150,000 well-wishers from all over the country.

His unique bon voyage card was created by collecting 652 separate pages of signatures, splicing them together, and winding the whole thing around a giant wooden spool. The result is 2.5 times longer than the Washington Monument is tall, or almost as long as four football fields—including the end zones.

Lord Morpeth supported several reform measures as Chief Secretary—including the Irish Tithe Bill, the Municipal Corporations Act for Ireland, and the Irish Poor Law Act—and the gift represented a rare tribute to an English administrator who was held in high regard. It opens with these words:

“We The Reformers of Ireland … cannot permit Your Lordship (with our recollection of recent events) to terminate that Official Connexion with our Country which has happily existed for more than six years, without tendering to Your Lordship formally, the assurance of the profound respect and affection which we entertain towards Your Lordship…”

“In Conclusion, we assure Your Lordship that the warmest Good Wishes of our Country will ever Accompany You, in Your Future Progress through Life.”

The incredible scroll, a testimony from the Irish people to Lord Viscount Morpeth.

The roll literally fulfilled those wishes, as Lord Morpeth took it home with him to Castle Howard in Yorkshire.

Signatures include Irish luminaries like Daniel O’Connell, Thomas Davis, and Charles Bianconi. The roll’s 1841 date is particularly significant because it predates the beginning of the Great Famine in 1845 and because most 19th-century Irish census records have been destroyed.

Lord Morpeth’s roll has recently emerged from the basement of Castle Howard to undergo a joint conservation and indexing effort by NUI Maynooth, the Russell Library, Castle Howard, and Ancestry.co.uk. All in preparation for a 2013 tour when one of the world’s longest farewells visited some of the Irish towns that sent their best wishes off more than 170 years ago.

Were your ancestors among those mentioned on this scroll? Mysteries are made to be unraveled.

* There are many paths to finding your family story. Whichever way you choose—tracing your family generations back with a family tree or uncovering your ethnicity with AncestryDNA—Ancestry be here to help you. Unlock your own ancestry with a DNA test