Did John Kennedy Jr and Princess Diana have a secret meeting in NYC?

Sources have revealed that JFK Jr wanted Diana to appear on the cover of his political magazine, George. 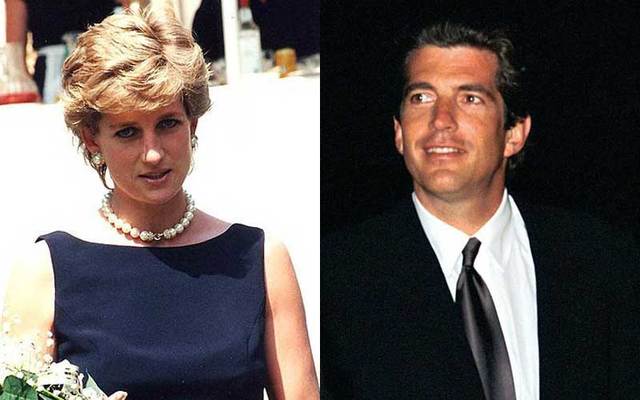 Princess Diana and John F. Kennedy Jr had a secret meeting at the Carlyle Hotel in NYC back in the summer of 1995, JFK Jr’s closest confidants have revealed.

John reportedly met with the People’s Princess because he wanted her to appear on the cover of his political magazine, George.

"We had to draw all these cover ideas up, and he took the drawings over to the Carlyle Hotel to meet her," George magazine creative director Matt Berman told People.

Diana and JFK Jr. met in Diana's suite at the Upper East Side hotel. The meeting lasted for about an hour.

"He was very careful what he said [afterward]. The one funny thing he said was, 'She’s got a great pair of legs,'" said Berman.

"I do remember him saying, 'She’s really tall!' He also said she was very shy. He was surprised how demure she was. I think they had both met Mother Theresa so they spoke about that. And he said how lovely she was," said John's former executive assistant and close friend RoseMarie Terenzio.

Diana ultimately decided not to pose for the George cover.

"He wanted to do a respectful piece, [but] she wrote John a note that said, ‘Thank you so much, but not right now,'" Terenzio said.

Both Princess Diana and John F. Kennedy Jr tragically died at a young age. In August 1997, Diana was killed at age 36 in a car accident in Paris. On July 16, 1999, JFK Jr, 38, and his wife, Carolyn Bessette-Kennedy, along with Carolyn’s sister Lauren, were killed in a plane crash while flying over the Atlantic Ocean.