The Dictionary of Irish Biography includes almost 11,000 entries ranging in length from 200 words to 15,000. 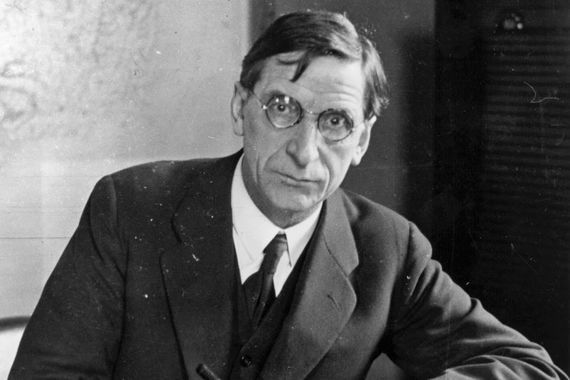 The longest entry in the dictionary belongs to former Taoiseach and President of Ireland Éamon de Valera, standing at 15,000 words. Getty

A comprehensive online dictionary featuring 11,000 of the most famous people in Irish history has been made available to the public for free for the first time.

The Dictionary of Irish Biography (DIB) was launched in 1983 and was first published in 2009 in nine different volumes containing more than 9,000 entries.

The dictionary was also published online via a digital subscription and was predominately used by academics, researchers, and civil servants.

Authors regularly added new entries to the sprawling database and it now features nearly 11,000 biographies ranging from 200 words to 15,000.

Taoiseach Micheál Martin launched the new free site on St. Patrick's Day, allowing people from all over the world to access the expansive database.

The DIB, which only features dead people, is managed by the Royal Irish Academy (RIA) and published by Cambridge University Press. New entries are frequently added to the DIB, while existing entries are subject to updates when new information comes to light.

There are 352 Patricks in the DIB, ranging from St. Patrick to Patrick Murphy, who stood at 7ft 8in and once held the title of the world's tallest man.

Paisley's entry is a whopping 11,000 words long, while the longest entry in the expansive dictionary stands at 15,000 words and belongs to former Taoiseach and President of Ireland Éamon de Valera.

Kate O'Malley, a historian with the RIA, told the Sunday Times that opening the DIB up to the Irish public was the right thing to do as the project is publicly funded.

"It was a long-term goal of the academy to make the DIB open access. The database and the academy are publicly funded; it’s taxpayers’ money," O'Malley told the Sunday Times. "There’s no reason why something that’s publicly funded shouldn’t be open to the general public."

O'Malley admitted that the proportion of women in the original dictionary was too low but said that the RIA had made a significant effort to improve it over the last 12 years.

However, women still account for just 10.6% of all entries in the DIB, and O'Malley said that more must be done to make the dictionary more equal.

"A lot of the focus of the entries would be on careers that [for a long time] women were excluded from. I’m not making excuses. We have to make more effort to find more elusive women in different areas of Irish life and culture to try to fill that gap."

O'Malley also believes that opening the DIB to the public will make it easier to spot errors and make corrections.

The DIB is now free to access from all over the world and can be viewed here.