Brooklyn's lost Temperanceville was founded by an Irish man

The dry town stretched over an area that is now Park Slope in Brooklyn. 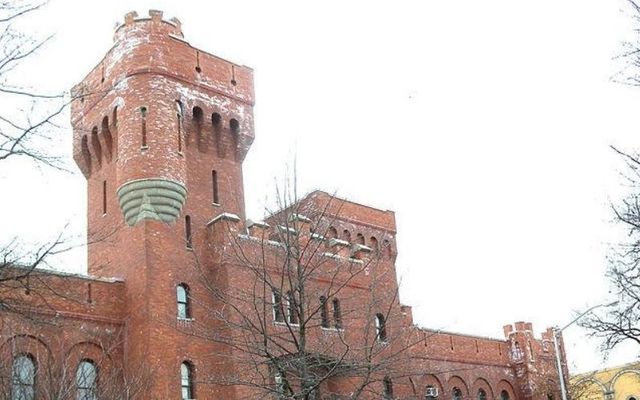 The Park Slope Armory in Brooklyn was built on the former border of Temperanceville. Wikimedia Commons/Public Domain

New York bars are facing an increased and almost unprecedented level of restrictions due to the COVID-19 pandemic, evoking forgotten memories of an Irish man's attempt to establish a "Temperance Village" in Brooklyn almost 200 years ago.

Prohibition never really took off in New York, even after the passage of the 18th Amendment in 1919, but there was always a significant amount of people who sought to remove alcohol from society, citing alcohol abuse and the social problems linked to alcohol as their chief reasons.

One of those people was Robert T. Shannon, an Irish immigrant and land speculator who began advertising his Temperanceville (or the South Brooklyn Temperance Village) in local Brooklyn newspapers in 1848.

Shannon advertised the development in Brooklyn's 8th Ward as the ideal home for temperance men and for working-class workers planning on securing a home for their families.

Read more: High and dry 101 years ago in New York during the Prohibition

He took one advertisement out in the Brooklyn Evening Star in 1849 promising cheap rents compared to the rapidly inflating rates in tenement buildings throughout New York.

The name Temperanceville would have instantly attracted the attention of New Yorkers who advocated against alcohol consumption. After all, the American Temperance Society was founded in 1826, just two decades before Shannon's advertisements, and the movement was growing across the United States.

It is unclear whether Shannon's development ever enforced the strict anti-alcohol regulations seen in other Temperancevilles throughout the United States, but the development was short-lived in any case.

The planned community of Temperanceville began to develop in the 1830s and stretched between 4th Avenue and 7th Avenue and from 15th Street to 12th Street in the 1840s, according to a map published recently by the Brooklyn Historical Society.

One newspaper report from 1856 noted that Temperanceville extended to at least 10th Street.

Temperanceville stretched over an area that is now Park Slope and began to fade from memory in the 1860s with the development of railroads, factories and the outbreak of the US Civil War.

Park Slope developed rapidly to cope with the increased demand for housing and soon became a major center for drinking, with many pubs and bars established in the area to accommodate the working-class population working in nearby factories and railroads while the Park Slope Armory was built on what was once the eastern border of Temperanceville.

While New York's dry town faded from memory, the temperance movement did not and the controversial prohibition laws were enforced half a century later.

Now, unable to serve alcohol without serving a meal, New York's bars are facing the most stringent laws since the ill-fated prohibition laws and Brooklyn's Temperanceville serves as a reminder of the city's previous attempts to control alcohol consumption.