Bronze Age fort one of 30 ancient sites discovered in Cork

Archaeologists will carry out excavations of sites found along the proposed Macroom bypass route. 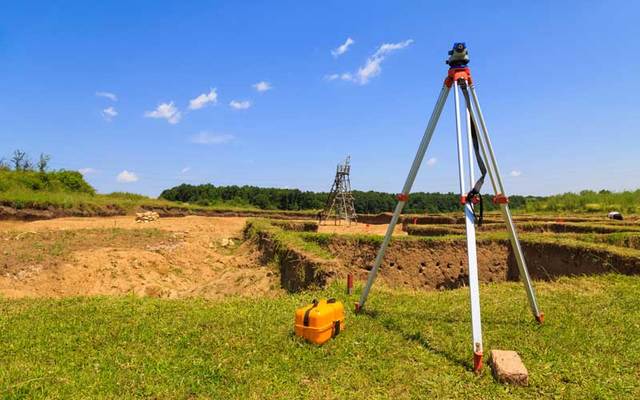 Stock photo of surveying measuring equipment in a field. iStock

The fort, believed to date from 2,500 BC to 500 BC, was discovered near Ballymakeera, two-thirds of the way along the road’s 22k corridor between Macroom and Ballyvourney.

The sites, which were discovered through ground penetrating radar, will soon be excavated. However, only the part of the ring fort which is within the road corridor will be excavated.

Deirdre McCarthy, the resident archaeologist on the project, said the team was “very excited” at the prospect of soon being able to carry out excavations.

“To date, two thirds of the route has been tested and 30 previously unknown sites of archaeological potential have been identified,” said McCarthy.

“These sites include pits and postholes which may represent the remains of prehistoric settlement; a ringfort at Ballymakeera, an upstanding lime kiln and the most common site type identified to date, fulachta fiadh [burnt mounds].”

Some rivers and watercourses have also been identified as having archaeological potential are currently undergoing assessment, said McCarthy.

In addition, surveys are being undertaken on any buildings, bridges, monuments or structures impacted directly or indirectly by the new route.

The Irish Examiner reports that it has been proposed that all sites found on the route will be archaeologically excavated, subject to ministerial direction from the Minister for Arts, Heritage, and the Gaeltacht.

The results of the excavations along the planned N22 Macroom to Ballyvourney bypass are to be published by Transport Infrastructure Ireland.