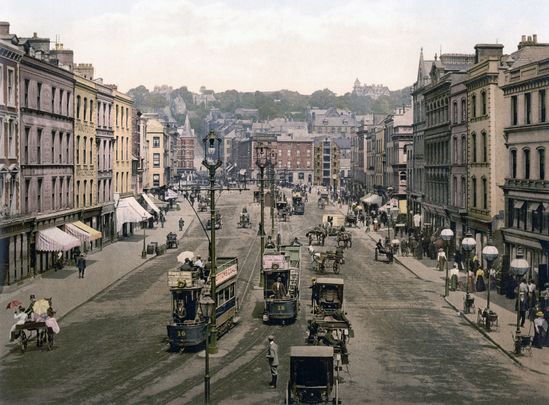 British politicians once viewed Irish alcoholism so negatively that they attempted to pass a bill called "The Drunkenness (Ireland) Bill" in July 1905.

The controversial bill was vociferously opposed by Irish Nationalist Members of Parliaments in the House of Commons, who argued that the bill's title was offensive to every Irish man and woman.

The bill sought to financially support the spouses of "habitual drunkards" and set penalties for adults who were found to be drunk while caring for children. The bill also sought to make it an offense to buy a drink for a drunk person in a pub or another licensed premises.

Anyone found guilty of such an offense risked a fine of up to 40 shillings and a one-month prison term, the bill said.

Unsurprisingly, Irish politicians were staunchly opposed to the bill.

Joseph Nolan, an Irish Nationalist MP from South Louth, called the bill "uncalled for, ill-considered, mischievous in its provisions, and needlessly offensive to every Irishman who had any regard for the fair fame of his country."

The Irish politician agreed that alcoholism was a problem in Ireland but argued that it was no less prevalent in England, Scotland, or Wales and he resented that special measures were being introduced in Ireland.

The Louth politician argued that the bill would also force a woman to give evidence against her husband in order to receive financial support, something that was "an outrage on family life and social relations in Ireland".

Meanwhile, Colonel John Philip Nolan, an Irish Nationalist landowner and Member of Parliament from North Galway, said that the bill was very unfair on sober people, who could be charged for buying a drink for a drunk person in a bar. Any sober person who committed such an offense was liable to a fine and imprisonment.

He also said that there were problems with the legal definition of "drunk".

For some, being "excited by a single glass of beer" qualified as drunk, he said. For others, however, a person must be considered totally incapable before qualifying as drunk.

It would be over three years before the bill passed into law in November 1908 under a different name that was less controversial than the "Drunkenness (Ireland) Bill".