Betsy Gray, the fearless female who rode into the 1798 Irish Rebellion

Irish woman Betsy Gray rode into the Battle of Ballynahinch during the Irish Rebellion of 1798. 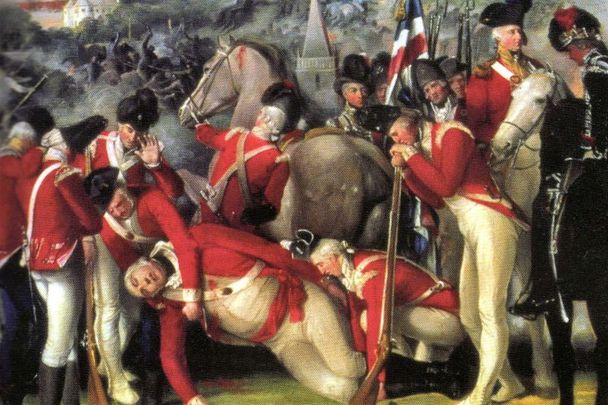 Section of painting of Battle of Ballynahinch (1798) by Thomas Robinson. Public Domain

In the green fields of Ballynahinch, the young Betsy Gray fell in battle alongside her father and fiance, who had fought with her during the 1798 Rebellion.

Editor's note: On this day, May 23, in 1798, the United Irishman rebellion, led by Wolfe Tone, began. In memory, we look back at the ferocious life of the rebellion's heroine Betsy Gray.

Not much is known about Betsy Gray’s life and her story is surrounded by myth and mystery. Some details about her come from a letter from Mary Ann McCracken, sister of insurgent leader Henry McCracken to 19th-century historian Dr. Richard Madden, author of “The Times and Lives of the United Irishmen.”

The daughter of a Presbyterian farmer, she lived in Co. Down and was an excellent rider.

Her father and fiance were members of the United Irishmen, which had been founded in 1791 as a nonsectarian organization. Inspired by the recent American and the French Revolutions, the United Irishmen sought to introduce parliamentary reform and set Ireland on its natural path towards a republic.

By 1796, the organization created a military structure with elected officers. The organization’s leader, Theobald Wolfe Tone, was captured during the rebellion and committed suicide before the British could execute him.

The summer of 1798 saw the short-lived rebellion. The United Irishmen and the Defenders, a Roman Catholic organization formed in the mid-1780s to fight linen rivalry, fought against the British forces. The rebellion was not well organized with main conflict limited to Leinster particularly Wexford, eastern Ulster, and Mayo in Connacht. Aid from France landed in western Ireland too late in August after the British crushed the rebellion a month earlier.

Some evidence supports a United Irish Women organization. "The Women of ‘98," edited by Daire Keogh and Nicholas Furlong, includes an essay by John Gray on Belfast rebel Mary Ann McCracken. The author cites McCracken’s plans to visit “some female societies in this town” in 1797.

Gray fought in the Battle of Ballynahinch, also spelled Ballinahinch in some books, in Co. Down on June 13, 1798. She rode into battle carrying a green flag next to General Henry Monro, leader of the Irish forces at the battle.

During the battle, the Irish mistook the British signal for retreat as their own call to retreat. The Irish retreated and the British won the battle. According to folk memory, Gray defended her finance from a British sword by putting her arm in front of him and her hand was cut off.

Her father and finance refused to desert her during the retreat and all three were captured and executed. By July, most of the rebellion had been crushed with a couple skirmishes during the rest of the summer. Monro and Henry McCracken were both executed after the Rebellion.

Gray’s story has not been forgotten. Her story is remembered in folk poetry and songs such as “The Ballad of Betsy Gray” and “Betsy Gray, The Patriot Maid.” The Betsy Gray Cup is awarded by the Down Board of the Gaelic Athletic Association (GAA).