Barney McGinniskin reportedly announced himself from "the bogs of Ireland" when he first walked through the doors of the Boston City Police on November 5, 1851. 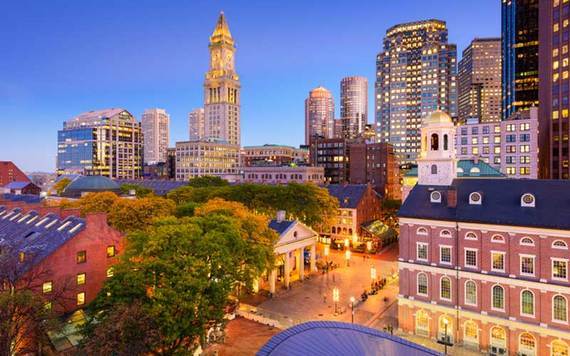 The first Irish man to serve in the Boston Police Department faced widespread prejudice when he was appointed in 1851.

Boasting an almost comically Irish name, Barney McGinniskin reportedly announced himself from "the bogs of Ireland" when he first walked through the doors of the Boston City Police on November 5, 1851.

Although more than 50,000 of the 140,000 people who lived in Boston at the time were Irish, McGinniskin's appointment raised eyebrows within the Boston City Police.

Alderman Abel B. Munroe summed up the anti-Irish sentiment at the time, stating that McGinniskin's appointment would set a "dangerous precedent". Munroe believed that Irish immigrants were responsible for most of Boston's crime and would therefore receive favorable treatment from Irish cops.

However, all eight Aldermen, including Munroe, had voted in favor of McGinniskin's appointment in September 1851 after Mayor John Prescott Bigelow had recommended the Irishman.

A few days later, Munroe did an "about face" on McGinniskin's application, claiming that he had not understood that the mayor had recommended an Irishman and demanding that the vote be taken again.

Mayor Bigelow refused to withdraw McGinniskin's application and only Munroe voted against his appointment during a second vote.

While McGinniskin had successfully overcome one obstacle in his path to becoming Boston's first cop, he faced another in City Marshall Francis Tukey, who declared that he was "not a fit or suitable person" to become a police officer.

Tukey claimed that he had uncovered evidence against McGinniskin, proving that he was a noisy, quarrelsome, and meddlesome cab driver who had been indicted in 1842 for his involvement in a riot inside a church.

The City Marshall was vilified by the local press, who accused him of being a power-drunk official who had become too big to be contained by Boston.

The media attention forced Mayor Seaver to perform a U-turn on the decision to sack McGinniskin, although the press showed no love for sacked Irish cop.

The Boston Pilot noted at the time that McGinniskin was "discharged from the Boston Police for no other reason than he was a Catholic and born in Ireland".

McGinniskin spent the rest of his life working as a cooper and a United States Inspector at the Customs House.

McGinniskin died of rheumatism in 1868 and soon became forgotten by history.

However, his legacy lives on in the thousands of Irish men and women who have gone on to serve as Boston cops in the last 150 years.

On This Day: John Barry, the Founder of the American Navy dies