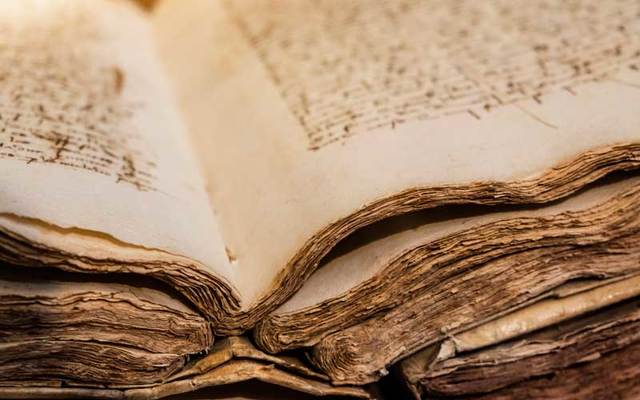 An American family is returning a valuable manuscript back to an Irish community. Tetra Images/Getty Images

Two of the poet’s works,‘Párliment na bhFíodóirí’ (The Parliament of Weavers) and ‘Cath na Deachún ar Thrágh Rosa Móra’ (The Tithe Battle on Rossmore Shore), are considered as among the most important works in Irish from 1800-1850.

de Barra lived in the Carrigtwohill community until his death in 1851.

On Friday, the people of Carrigtwohill and the District Historical Society held a special ceremony to honor the poet’s life and to celebrate the handover of the manuscript. After a plaque was unveiled at de Barra’s grave in the Old Cemetery, Paul Doherty, whose great-grandfather emigrated to America from the Carrigtwohill area in 1865, handed over the manuscript to the community.

Doherty’s grandfather traveled to America with a number of books with him, including the original de Barra manuscript.

“Paul knew he had a connection to the area and he emailed the community website some time ago looking to trace his relatives,” said Ollie Sheehan, one of the organizers of the event.

“We helped him do this and then incredibly he told us he had this manuscript. It was only when he sent us on pictures of it we discovered how significant it was.”

"We’re really thrilled that he is handing it over to us. It’s been in his family for generations."

“Fortunately one of our committee is Tony O’Flynn who is an expert on the poet and involved with people in UCC and the Cork Archaeological Society who will be able to advise us on how best to store it. We will get an external expert to help us on this.”

Sheehan added: “This remarkable Irish language scholar has been formally recognized nationally by inclusion in the Dictionary of Irish Biography and is discussed in the Cambridge History of Irish Literature.”

“The manuscript is bound in leather and it contains some work that has never been disclosed before. From a social and cultural viewpoint it is extremely valuable.”