The 1962 Irish documentary 'Blessing the Aer Lingus Fleet' looks at the Irish airline's unique blending of Catholicism and technology. 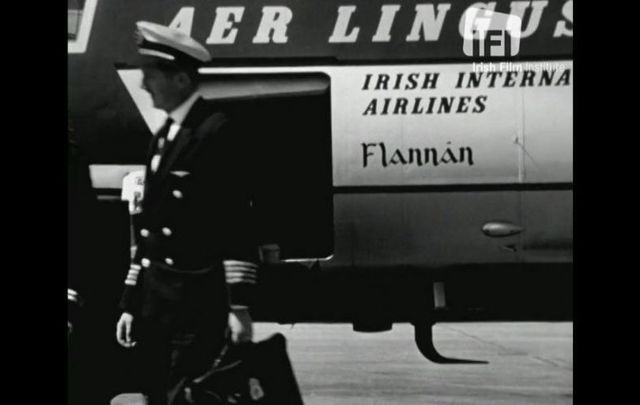 Scenes from Dublin Airport in 1962. All of the airplanes in the Aer Lingus fleet are named after Irish saints. Irish Film Institute

'Blessing the Aer Lingus Fleet' is now available to stream for free on the Irish Film Institute's IFIPlayer.

Originally broadcast in 1962, this story from the Radharc series explains how Aer Lingus planes are named after Irish missionaries.

The historic footage also shows the mechanics of the aircraft and marvels at how they transport passengers to their destination. The blessing of the planes, a tradition since 1947, is also featured here.

About The Radharc Collection at the Irish Film Institute

Founded in 1959, Radharc is considered one of Ireland’s most important independent documentary production companies. It initially comprised of a small group of Dublin priests lead by Father Peter Dunn and Fr Desmond Forristal. The team made over 400 documentaries which were screened on RTÉ, Ireland’s national broadcaster, between 1961 and 1996. Their insightful and challenging filmmaking garnered many critical accolades.

The Radharc documentary series had a remarkably broad reach both geographically and thematically. It was shot in more than 60 countries around the world and looked at life from a range of religious, social, and cultural perspectives. The team was not afraid to tackle difficult and often controversial topics and their standing as clergy allowed a level of access that lay filmmakers may not have been able to achieve.

The Radharc output is significant, in both Irish and international terms, as a body of finely crafted documentary work and an insightful record of Irish cultural, social, and ideological engagement from the 1960s to the 90s. The Radharc cameras shone a light onto a changing Ireland and recorded values, rural and urban traditions, and indeed topography that no longer exist. Their international output was equally valuable as the team covered five continents in search of globally significant subject matter.

'Blessing the Aer Lingus Fleet' is published here with thanks to the Irish Film Institute (IFI), who IrishCentral have partnered up with throughout 2021 to bring you a taste of what their remarkable collection entails. You can find all IrishCentral articles and videos from the IFI here.