The history, facts and meaning behind the Irish name Butler 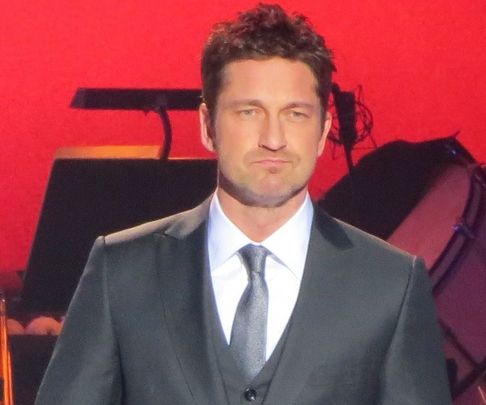 One of the more famous Butlers, Scottish actor Gerard Butler, star of "PS I love you". Creative Commons / Bjoertvedt

Examining the history facts and meaning behind the Irish name Butler, from the Irish clan's coat of arms to the famous Butlers making their mark.

The name in Irish is “Buitleir”.

Butler is an occupational last name derived from the old French “bouteillier” which comes from the Latin word “buticula” means bottle. The name referred to a wine steward or chief servant in a medieval household. Modern variations of the name include Boutler, Buttlar, and Buteler.

Counties associated with the name

The motto translates from the French “comme je trouve” to “as I find.”

The Butlers built several fine castles in Ireland, some of which are still standing today. Black Tom Butler allegedly built  Manor House in the hopes that Queen Elizabeth I would visit, but she never did. The castle Knappogue, located in County Clare, is used today for medieval banquets. The Butler Arms Hotel in County Kerry was refurbished and is now a popular hotel.

Thomas Butler was the father of Anne Boleyn, who was the second wife of Henry VIII and mother of Queen Elizabeth I.

James Butler was a rebel in the 1598 Munster Rebellion against British rule.

William Butler Yeats, better known as W. B. Yeats, was a 20th-century Irish poet. Some of his work includes “A Faery Song,” “Easter 1916,” and “The Second Coming.”

Jean Butler is an Irish American Irish dancer and starred in the internationally popular show Riverdance.

Butler is a popular last name in both England and Ireland. The name came to Ireland during the Anglo-Norman invasion led by Richard de Clare, better known as Strongbow in the 12th century.

Many of the Butlers settled in Wexford and Tipperary.

According to narratives, Theobald Fitzwalter was appointed chief butler/steward by King Henry II and his descendants bore the name Butler.

The family crest features six wine goblets to reference the family occupation. As the wine steward, Butler was entitled to a percentage of wine and the control over alcohol helped the family build their wealth.

Charles II rewarded James Butler by making him 12 Earl, Duke of Ormond for his loyalty to the royal house of Stuart. Another Butler organized forces against Cromwell in the seventeenth century and several Butlers fought alongside the Irish at the Battle of the Boyne in 1690.

Generally, the Butlers held a Catholic and Royalist position. Many Butlers immigrated to the United States, Virginia in particular during the first half of the seventeenth century and immigration increased again during the first decade of the eighteenth century. Several of them fought in the American War for Independence. Immigration continued in the early nineteenth century. Many of them emigrated to Australia and many continued to go to America. New York and South Carolina were popular destinations and consequently, Irish American Butlers fought on both sides of the American Civil War.

In 1967 the Butler family in Ireland sold the old family estate Kilkenny Castle and created the Butler Society. Anyone with the surname Butler descended from a Butler, or is interested in the history of the family is eligible to join.