On This Day: Handel's Messiah premiered in Fishamble Street, Dublin

On this day in 1742, George Frideric Handel's "Messiah" oratorio received its world premiere in a concert hall in The Great Music Hall in Fishamble Street, Dublin. 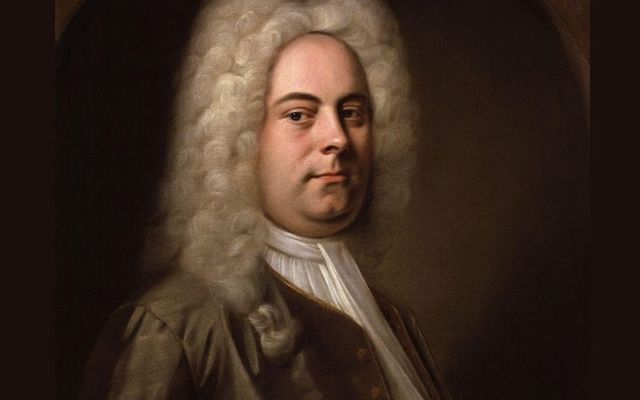 On this day in 1742, during the Christian season of Lent, George Frideric Handel's "Messiah" oratorio received its world premiere in a concert hall in Dublin.

The Great Music Hall in Fishamble Street had the honor of hosting the performance and it didn't receive its London premiere until nearly a year later.

Handel gave a season of concerts in Dublin in the winter of 1741–42 at the venue after an invitation from the Duke of Devonshire, then serving as Lord Lieutenant of Ireland.

These concerts were so popular that a second series was quickly arranged although Messiah figured in neither series.

In early March 1742, Handel began discussions with the appropriate committees for a charity concert, to be given in April, at which he intended to present Messiah.

He sought and was given permission from St Patrick's and Christ Church cathedrals to use their choirs which amounted to 16 men and 16 boy choristers; several of the men were allocated solo parts.

The orchestra in Dublin comprised strings, two trumpets, and timpani and Handel had his own organ shipped to Ireland for the performance in front of 700 patrons.

The three charities that were to benefit were prisoners' debt relief, the Mercer's Hospital, and the Charitable Infirmary.

After an initially modest public reception, the oratorio gained in popularity, eventually becoming one of the best-known and most frequently performed choral works in Western music.

While nowadays, the performance of Handel's Messiah oratorio at Christmas is a tradition almost as deeply entrenched as decorating trees and hanging stockings it may come as a surprise to learn that Messiah was not originally intended as a piece of Christmas music.

Messiah gained widespread popularity only during the final years of Handel’s life, in the late 1750s, but it remains one of the best-known musical works of the Baroque period more than two centuries later.

Handel composed the score for Messiah in just 24 days and Ludwig van Beethoven said of Handel: “He is the greatest composer that ever lived. I would uncover my head and kneel before his tomb.”

Did you know that Messiah's premiere was held in Dublin? Have you ever heard it perform live and where? Let us know in the comment section below.