25 ways you know you grew up in the Irish countryside

Signs that you've had a good rural rearing in the auld Emerald Isle. 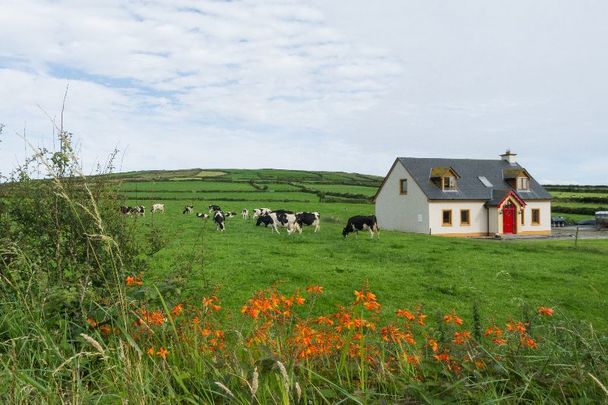 Signs you had a good rural rearing in the auld Emerald Isle. Getty Images

If you grew up deep in the Irish countryside like I did, you'll relate to at least a few of these.

1. Seeing a train was a novelty

I never set foot on a train until I went to college. I was 17 and a half, and I was more confused than a Kilkenny man with a football.

2. You spent ages after mass waiting for your parents to finish chatting

Mass would last 30-35 minutes but then the chat outside would last an hour! When you were really young this didn't trouble you because you could go play hide 'n' seek in the graveyard but as you older, it got beyond frustrating!

3. You built a tree house

You'd build the tree house and then every time you got mad you'd plan how you were going to run away and go live in it ...

4. You never had to lock up

No need to lock the back door and you'd take the key out of the front door but it'd be put under the flower pot next to the door in case anyone came and wanted to get in.

5. You could run down a field in your good runners at full speed without stepping in cow dung - a rare skill.

"Quick the cows are after breaking out! Don't change your shoes, there's no time!"

6. You had to get a lift everywhere

Spare a thought for the country mammy, who spends her life carting her children around the place. Bringing them to the bus, the shop, their friend's house, football training, the cinema, dancing lessons, grinds, music lessons, school, their boyfriend's house, their girlfriend's house ... and what thanks do they get?

7. You would use a bit of grass to test the electric fence

You'd trick your townie cousin into grabbing it but you, being the clever clogs, would test to see if it was by hitting it with a piece of grass.

You'd still get a shock anyhow, so I've no idea what purpose the grass served!

8. Having a friend over was a big deal

It wasn't every day you'd get to see your friends during the holidays. It goes back to the old needing a lift everywhere problem, so when your friend finally did get to visit, their mother would have an absolute nightmare of a time trying to get them to come home!

9. You'd get ridiculously excited when it's silage season

I love the smell of freshly cut grass in the morning!

10. Dinner was at dinnertime

11. Loads of random men would show up for said dinner

OK maybe not this many, and it definitely wouldn't be candlelit. But you get the idea.

12. You could spend the entire day with your imagination

Sometimes it was just you, the fields, and whatever crazy world you could think up in your head.

13. There were always lads in your class who were mad into rallying

They have a Subaru jacket, a pair of steel toe boots, and the ability to tell what car was coming down the road just by the sound of its engine.

It was a three-step process. First, you'd go with your Dad to help bring them in, then you'd be trusted to bring them in yourself, and then you'd be even be given the responsibility of moving the fence for when they went back out.

15. Everyone would judge the new priest

Did he say mass too fast? Did he say it too slow? I hear he's mad for the singing?!

16. Every community day ended up in a wellie throwing competition

Now there are two very distinct types of wellie-throwing competitions; one is a simple who can throw the wellie the furthest contest, while the second is a throwing the wellie into a barrel of some sort contest.

17. You had to get up early even if you didn't actually have anything to do

There was no lying in bed until the early hours of the afternoon. You'd be hunted out of the bed in the early morning for no particular reason, and usually by your mother shouting "Sure, half the day is gone!"

Generally, the best plan was to jump out of the bed once you heard your father finish the milking, then run down the kitchen and pretend you'd been there for hours.

18. Your mother went to the town once a week for the "big shop"

For six days she'd make a list of messages she needed from the town. On the sixth day you'd complain that there was no food in the house and she'd shout, "Amn't I goin' to the town tomorrow?"

Then on the big shopping day, she'd go to the town, forget the list and spend the whole time in there trying to remember what was on it.

19. You had very vague addresses

"A house number? Don't be ridiculous! Sure just put 'Mark's house' on it. The postman will know who it's for."

20. The postman would come in for tea

It was always rude not to ask the postman in for tea, and sure even if you weren't there sure wasn't the key under the pot so he could come in and make himself a mug if he needed it.

21. Going to a shopping center was a huge deal

Blanchardstown Shopping Centre; the nirvana of many country children's lives. It was such a big deal that you couldn't just go there for a quick shop. You HAD to spend eight hours there, you HAD to also go to the cinema, and you HAD to get a Mcdonald's.

Oh, the big shmoke! The excitement of seeing the coast and all the drive around the city was spent looking out the window to see if you could see Croke Park, not realizing that you were, in fact, in Skerries and nowhere near it.

23. You'd roll down hills and end up in the ditch

This was even more fun than it sounds!

You'd start at the top of a hill; try roll down it, getting ridiculously dizzy and even if you started in the middle you'd still somehow end up in the ditch.

Speaking of ditches; they were the things that grew up! The drains, or so-called 'ditches' to townies, were called shucks.

25. Slurry was described as a "good healthy smell"

This statement has yet to be proven.