Kimberly Guilfoyle's Irish father was something of a kingmaker in San Francisco politics. 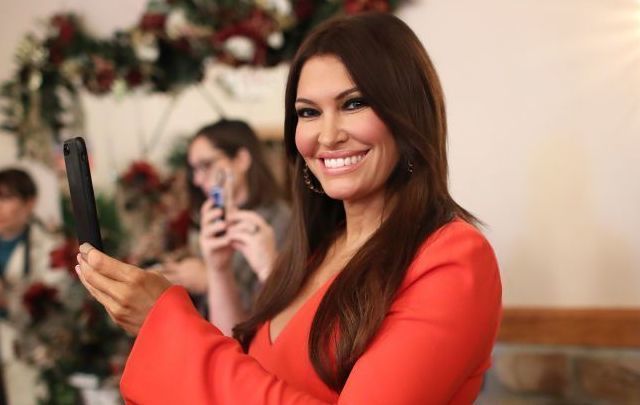 Kimberly Guilfoyle is a senior advisor in the Trump Administration. Getty

Kimberly Guilfoyle recently made headlines for her impassioned and somewhat bizarre speech at the Republican National Convention having risen quickly through the ranks of the Trump Administration, but her political roots go back to her Irish father, who emigrated to the United States from County Clare.

Anthony Guilfoyle, known affectionately as Tony, emigrated from Ennis in 1957 at the age of just 21.

Tony Guilfoyle worked for everything he got, starting his working career in a blacksmith at the age of just nine before setting out for San Francisco 12 years later.

There he worked in the construction and real estate industry and quickly rose to prominence in local politics, becoming something of a kingmaker in the Californian city.

He was a co-founder of the San Francisco Coalition for Responsible Growth, a political action committee that backs moderate candidates in the increasingly liberal city, and played a key role in the mayoral campaigns of Gavin Newsom, who Kimberly Guilfoyle was briefly married to.

Newsom served as the 42nd Mayor of San Francisco between 2004 and 2011 and now serves as Governor of California.

Tony Guilfoyle was a key member of Newsom's inner circle, most notably during in successful campaigns for his post on the San Francisco Board of Supervisors and later in his successful run for mayor in 2003.

Prior to his career in San Francisco politics, Guilfoyle also served in the US Army, rising to the rank of sergeant in West Germany in the late 1950s.

He knew that he would probably have to serve in the Army if he emigrated to the US, but that didn't deter him at all.

"It was a gift to come to the United States. Joining the Army was one small way I could give something back to this country," he once told the San Francisco Chronicle.

He died of cancer in December 2008 at the age of 72 and now his daughter Kimberly seems to be stepping into his large shoes.

She has also never shied away from the Irish legacy her father left behind, holidaying in Ireland every summer and studying law in Trinity College Dublin.

Guilfoyle addressed the nation on the first night of the RNC, making headlines for her loud and energetic speech in front of an empty hall.

Guilfoyle, who is the girlfriend of Donald Trump Jr., used her speaking time to launch several attacks on Democratic nominee Joe Biden and his running mate Kamala Harris.