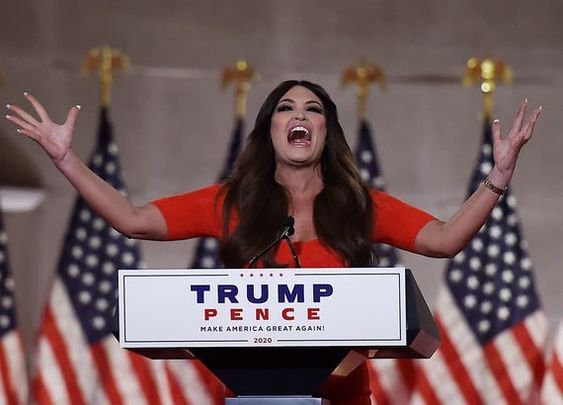 Kimberly Guilfoyle's Irish cousin called her a "lunatic" following her over-the-top speech on the first night of the Republican National Convention.

Guilfoyle, whose father emigrated from Ennis in Co. Clare, addressed the Convention on Monday night and encouraged Americans to vote for Donald Trump in November's election.

Guilfoyle delivered an extremely loud and passionate speech at the Convention, promising Republicans that the "best is yet to come" with Donald Trump if he prevails in November's election.

Her viral and impassioned speech didn't go down among her Irish relatives watching across the Atlantic Ocean, with one of her cousins referring to her as "that lunatic from the telly."

The Irish Independent reports that Guilfoyle, who is the girlfriend of Donald Trump Jr., spent many summers in Ireland during her childhood and studied law at Trinity College in Dublin.

Despite sending several summers with her Irish family, however, Guilfoyle's viral speech didn't go down well with some of her Irish cousins, who called it a "bit ridiculous."

One cousin, who wished to remain anonymous, told the Independent that his brother rang him to ask if he "saw that lunatic on the telly."

Navarro also scrutinized Guilfoyle's claims that she was a first-generation American and the daughter of two immigrants.

While Guilfoyle's father was undoubtedly an immigrant in the US, her mother moved to the United States from Puerto Rico.

Puerto Ricans are not immigrants to America and Guilfoyle's mother is a natural-born US citizen, as Navarro reminded Guilfoyle on Monday night.