Carol Simpson, who always believed she had a German background, was surprised when her daughter Morgan took an Ancestry.com test to explore her family tree and discovered that she came from a line of Sullivans. 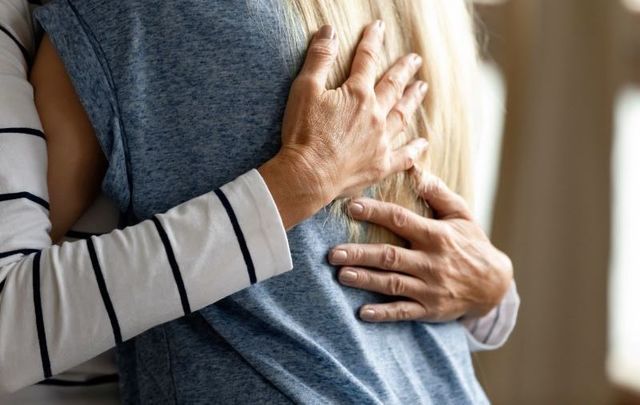 A Texas woman made a shock discovery about her previously undiscovered Irish heritage after taking a home DNA test during the Covid-19 pandemic.

Carol Simpson, who always believed she had a German background, was surprised when her daughter Morgan took an Ancestry.com test to explore her family tree and discovered that she came from a line of Sullivans.

"Nobody of my maiden name of Roberts was listed," Carol told the Sunday Times. "My daughter said, ‘What does this mean?’ I said, ‘It means I’m getting a DNA test’."

Carol's DNA test returned the same results, with no DNA matches on her father's side and a long list of Irish surnames. The results stated that 60% of her genetic ethnicity came from Munster in Ireland.

Confused, she asked her mother, who didn't want to talk about it at first.

Undeterred, Carol pressed on without her mother's help and continued to search for her birth father. She was initially struck by "how common" the names Sullivan and O'Sullivan are in Ireland and engaged the help of a volunteer with the DNA Detectives Facebook page to help trace her family tree.

Carol also uploaded her DNA onto the ancestry site Myheritage.com, discovering that she was a 25% match with a man named John Sullivan.

She later concluded that John Sullivan's brother Timothy was her birth father.

Myheritage.com reached out to the Dublin-based John Sullivan, who agreed to be contacted by Carol, kickstarting a long correspondence between the pair.

The discovery prompted Carol to discuss the matter with her mother for a second time.

"I said I had discovered my Irish heritage and she said, ‘Why do you think you are so pale?’ I asked, ‘Who is my dad?’ and she said, ‘His name is Timothy Sullivan and I don’t know how to get hold of him’," Carol told the Sunday Times.

"I just felt like my heart had stopped. I said, ‘Well, Mom, he passed away in 1986. But I have made contact with his brother who lives in Ireland, and I know that I have siblings out there’. So immediately, she was very apologetic. Then I learned the story from her side."

Carol's mother told her that she had had a short romance with Timothy, the CEO of a home healthcare firm in Chicago whose parents had emigrated from Ireland.

She became pregnant and Timothy was "unable to take responsibility", Carol said.

Her mother came from a strict Catholic family, leaving her unable to go home out of fear that she would be sent to "live with the nuns" because she was a single unwed mother.

Instead, she left home, jumping on a bus with one of her friends and moving to Kansas, where she would meet the man who Carol thought was her father.

"He knew she was pregnant and when they had me, he said to put his name on the birth certificate, and I didn’t ever really need to know," Carol told the Times.

Her mother explained that she never explained the situation about Carol's true father even after her husband John Roberts died in 2004.

Carol's mother said Roberts thanked her for never telling Carol that he wasn't her father because it allowed him to "be part of her life".

Carol reassured her mother that "nobody cares" if a woman is a single parent nowadays, adding that she didn't have to feel the need to hide it from people.

Carol traveled to Dublin to meet John Sullivan and his 12 children over the summer, sampling a pint of Guinness in Doheny & Nesbitt’s pub on Baggot Street.

"We had a Guinness and I thought that was the best thing I’d ever tasted in my life," she said.

"My uncle Jack says, ‘You look just like my mother’ and everybody says my son looks a lot like my father."

Carol recently traveled to the Queen of Heaven Cemetery in Chicago to visit the graves of her father Timothy and her grandparents Sarah and Timothy Sullivan.

"I was able to reflect and have a quiet conversation with the father I never had the opportunity to meet. Maybe it wasn’t the right time until now."