“I’m extremely proud to be Irish and I consider it one of the great honors of my life.” 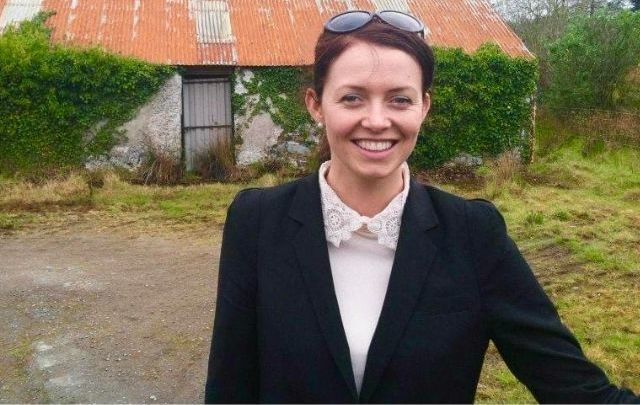 Lindsey Boylan outside her grandmother’s house in Gneeveguilla, Co. Kerry in 2012.

Back in December, she was the first woman who alleged that New York Governor Andrew Cuomo sexually harassed her, setting off one of the biggest political stories of 2021, but Lindsey Boylan, the granddaughter of Irish immigrants, is also focused on her next hoped-for career move – becoming Manhattan borough president.

The primary for the position to be vacated by term-limited Gale Brewer is set for June 22, and Boylan will compete against five others seeking the job.  Her profile has soared since she tweeted last December about the toxic workplace she says she endured under the Cuomo administration, where she served as deputy secretary for economic development and housing until she resigned in 2018.

In February, Boylan provided greater detail about her experience working as an aide to Cuomo via an essay she wrote on Medium.com – the governor, she alleged, compared her looks to one of his former girlfriends, asked her to play strip poker, and forcibly kissed her in his office.

Soon after Boylan went public several other women stepped forward to charge that Cuomo’s behavior was similarly abusive and his governorship now hangs in the balance, dependent on the results of an investigation being conducted by New York Attorney General Letitia James.

Boylan, 36, was reluctant to go into detail about her time in the Cuomo administration or the sexual harassment allegations he faces during an interview with the Irish Voice on Monday, but she was happy to speak about her Irish background and her campaign to take the reins of Manhattan.

“I don’t want to address it because they are in the middle of an investigation and I can’t really comment too much on it,” she said of the Cuomo crisis, preferring to let her Medium essay and her Twitter feed stand as her on the record thoughts.

Her Irish heritage, Boylan says, was a prominent part of her life growing up.  Her paternal grandmother was Julia Spillane – known as Sheila when she came to New York – from Gneeveguilla, Co. Kerry, and her grandfather was Francis “Frank” Boylan from Co. Leitrim.  Sheila and Frank, 1940s immigrants, met and married in New York and raised four children, including Lindsey’s father Kieran who eventually became U.S. Marine. 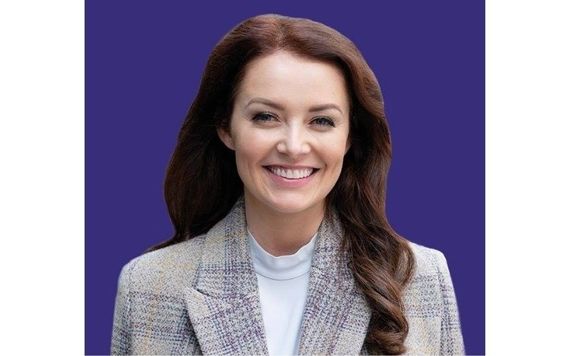 In 2012, Boylan and her husband LeRoy Kim traveled to Ireland for the first time to delve into her Irish roots.  Once they got to the small village of Gneeveguilla about a dozen miles from Killarney, a gas station attendant directed them to the old Spillane home.

“We had a very nice time.  We went primarily from Dublin and drove down south, we did the Ring of Kerry,” Boylan says.

The Spillane homestead is empty now but the house still stands right near where the 1896 Moving Bog destroyed land, homes and killed eight members of one family.  Julia Spillane and Frank Boylan, like so many before them, made the move to America because there was scant opportunity in Ireland.

They settled in the Astoria neighborhood of Queens, Sheila working as a visiting nurse and Frank as a doorman on the Upper East Side of Manhattan.

“I was quite close with my grandmother. She was a tough, flinty woman but she was wonderful. Just not overly affectionate,” Boylan says.

“I remember a story about my dad hurting his leg and saying he wouldn’t be able to go to school. She wasn’t having any of that. So she put him in a stroller and walked him to school herself.

“My grandparents missed Ireland. There were a lot of kids and a lot of poverty. But there was a good Irish neighborhood in Astoria. My grandfather’s brother lived two doors down from them.”

Boylan was raised in San Diego and northern Virginia, and remembers several trips to New York to visit her grandparents who, she says, were devoted to their Catholic faith, particularly her grandfather.

“They really didn’t have a lot of money, and my grandfather gave what he had to the church,” Boylan says.  “Every funeral I ever went to for extended family, the priest would always mention my grandfather too.”

Boylan earned an undergraduate degree from Wellesley College in Massachusetts and then settled in New York where she received an MBA from Columbia Business School.  She lives in the West Chelsea section of Manhattan with her husband and their six-year-old daughter Vivienne.

Last year Boylan lost a primary challenge to incumbent Democratic Congressman Jerry Nadler in New York’s 10th District and is hoping for a better result in June for her second run at political office.

“I think we have a pretty good chance,” she says.  “The mayor’s race is attracting a lot of attention, but someone needs to be focused on Manhattan, specifically working inter-agency and showing up everywhere and really being exclusively focused on helping this borough and doing it in a more equitable and livable way.”

Covid-19 has devastated Manhattan, particularly its small businesses.  Boylan says that if elected, she plans on being a strong advocate for their recovery.

“Retail, in particular, is struggling because of online e-commerce.  We need a one-stop-shop for small businesses to help them navigate all the challenges. So many small businesses don’t have the time or the wherewithal or the money to really advocate for themselves,” she says.

“We need to focus on issues like livability, parks and public spaces, traffic calming, and pedestrianization of some streets.”

Working from home, she adds, will likely be a long-lasting new reality when the pandemic recedes.  But the empty streets and buildings as a result can’t be a new normal for Manhattan.

“We have a housing crisis, so we are going to have to re-think some of the zoning, particularly in Midtown where office people are probably not going to return in (pre-pandemic) numbers. We can’t have a Midtown that doesn’t have people because so many other things will fail too if that happens.”

One thing Boylan looks forward to enjoying when the city reopens is the New Irish Arts Center building on 11th Avenue and West 51st Street.

“I’ve been to a few things there before and it will be great to see the new building,” she says.

“I’m extremely proud to be Irish and I consider it one of the great honors of my life.”