The history of the Joyce name in Ireland is all the more unusual because it derives from the Flemish fore-name ‘Jos’. 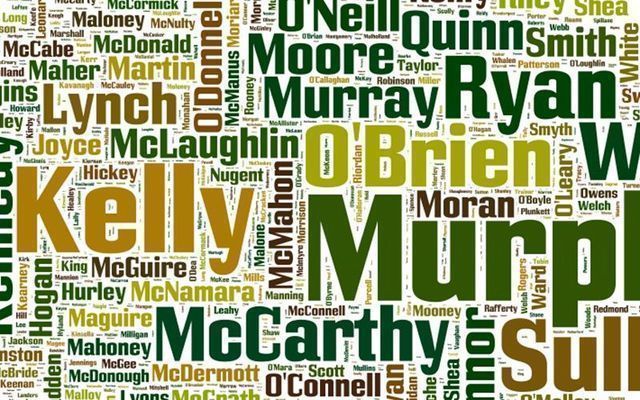 The Joyces are one of the tribes of Galway. They’ve even given their family name to a district in Connemara. Joyce’s country is a mountainous area on the border of north Galway and south Mayo.

The history of the Joyce name in Ireland is all the more unusual because it derives from the Flemish fore-name ‘Jos’. The Joyces arrived in Ireland during the Norman conquest in the middle ages. Towards the end of the 1200s, the first Joyces settled in the northwest province of Connacht. In later generations, they moved south into Galway, intermarried with Irish women, and established their name in that county. The Joyces' most enduring alliance was with the O’Flaherty family, notorious sea pirates of Iar Connacht – present-day Connemara.

As a Norman family that ‘went native’ the Joyces were ‘neither fish nor fowl’ and very little mention of them is found in the Irish annals, or in the records of the colonial government in Dublin. The first mention in the Irish annals is in 1560 when Joyce’s country was mentioned as the gateway into West Connacht.

In 1586 the Joyces and O’Flahertys were caught up in a civilian massacre while Sir Richard Bingham was President of Connacht. Bingham was not one of nature’s nice guys, and the soldiers under his command implemented a reign of terror against the civilian population. The Annals of the Four Masters tell us that Bingham’s soldiers “killed women, boys, peasants, and decrepit [i.e. old and sick] persons.”

In 1589 the O’Flahertys and ‘the chiefs of Joyce’s country’ beheaded some of Bingham’s soldiers, before they launched a cattle raid against his army in Connacht. Staging a cattle raid was one of the traditional forms of Irish warfare. The main purpose of these raids was to capture ‘booty’ to share and shame your opponent. Given Bingham’s recent past performance, a cattle raid at this time was a singularly fool-hardy action, and it brought disastrous consequences for the Joyces and their allies the O’Flahertys and Burkes.

Between the 1580s and 1690s, Ireland was conquered three times in rapid succession. Even so, the Joyces kept their influence in Galway as merchants, traders, and burgesses. The discovery of the Americas in 1492 meant that Galway was the last port on trans-Atlantic voyages. Many ship captains, Christopher Columbus included, stopped here to pick up fresh water or to recruit an Irish navigator for the crossing. The story of one of the most influential of all Joyces began on such a voyage. In the second half of the 1600s, young Richard Joyce of Galway took sail for the West Indies. Pirates captured his ship and sold him into slavery. His new master was an artisan, and Richard Joyce learned the goldsmith’s craft. In the 1690s Richard Joyce was released and returned to Galway, where he practiced his trade as a goldsmith. This Richard Joyce is credited with creating the Claddagh ring, a symbol of love and fidelity, and also of Galway town itself.

The ring was named after the Claddagh i.e. the ‘Irish town’ situated outside Galway’s medieval town walls. It’s very fitting that the Claddagh ring which brings together Irish and English traditions was first fashioned by a Joyce.

In a search amongst the near-80 million Irish family history records on findmypast, over 86,000 results appear for the surname Joyce, with over 40% of these associated with County Galway.

*Originally published in June 2014 in association with findmypast. Updated in October 2022.