The Dunne family name is derived from the Gaelic O'Duinn or O'Doinn and originates in County Laois. They were one of the principal Gaelic families of Leinster 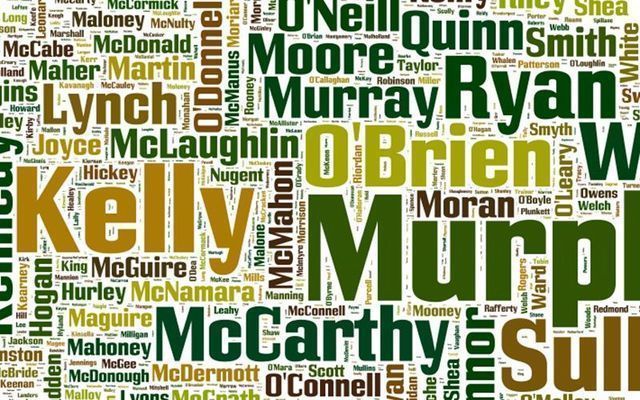 The name Dunne is derived from a color - donn, the Gaelic word for brown. This is relatively unusual since the vast majority of Gaelic names are based on relationships, i.e. "Son of" or "Follower of".

The Dunne family name is derived from the Gaelic O'Duinn or O'Doinn and originates in County Laois. They were one of the principal Gaelic families of Leinster and the official papers of the English administration in Ireland noted the family as hostile and dangerous to English interests.

There is also a Dunn family of Scottish origin, some of whom settled in Ulster.

In Ireland, this name is usually spelled Dunn rather than Dunne, although in the U.S. the distinction is less evident. Notable Dunnes include Charles Dunn (1799-1872). Born in Kentucky to Dublin parents, he became a lawyer in Illinois. In 1836 he was appointed Chief Judge of the New Territory of Wisconsin, a position he held until Wisconsin became a state in 1848. From 1853-56 he also served as a Wisconsin senator.

Another Dunne in the legal profession was William McKee Dunne (1814-1887). Born in Indiana, he rose to become Judge Advocate General of the U.S. Army in 1875. Williamson Dunne (1781-1854), who was born in Kentucky, was an early pioneer of Indiana. In 1809 he built the first house in what is now the town of Hanover and participated in various local Indian wars in the early days of this community. He was eventually elected to the House of Representatives for Indiana.

Finley Peter Dunne (1867-1936): was born in Chicago, and went into journalism, rising rapidly in the editorial ranks to become managing editor of the Chicago Journal. At the turn of the century, he invented "Dooley", a satirical Irish-American character whose comments on the political scene were an instant hit with the public. Many Dooley books, as well as newspaper columns (for the Chicago Journal, Colliers, and other periodicals), were produced by Finley Peter Dunne during his tenure in Chicago and later New York.

In modern Ireland the Dunne name is well known, not least because the largest chain of supermarkets is Dunne's Stores.