The Great Famine coffin ships' journey across the Atlantic

In the 19th century, Irish families suffered hardships on the sailing ships in their quest for a better life over seas. 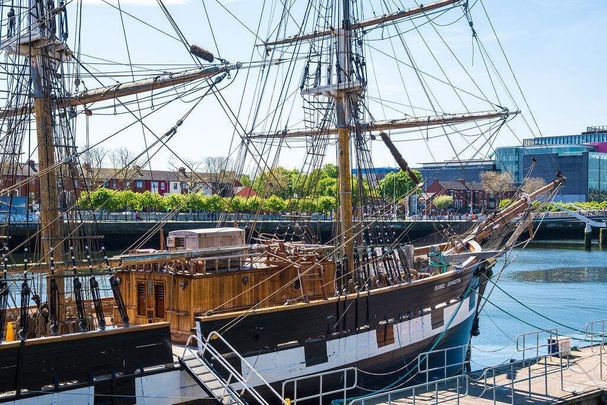 The Jeanie Johnston, an original coffin ship, from during the Great Hunger, which is now a museum on the River Liffey. Tourism Ireland / Irish Content Pool

If you’re an American of Irish descent, it’s likely that, at some stage, your family made their long trip across the Atlantic by boat. Throughout most of the 19th century, Irish families suffered unimaginable hardships at home and in transit—on sailing ships, then latterly steamships—in their quest for a better life.

During the 1840s, when the Great Famine was reaching its peak, more Irish people than ever before had cause to flee Ireland in search of respite from hunger and disease. It was during this period that the demand for cheap passage to North America drove unscrupulous profiteers to exploit the starving Irish families simply seeking safety. This became particularly true in Canada after 1847, as American port towns imposed expensive restrictions on passenger ships, fearing the influx of Roman Catholics.

This demand, mixed with widespread poverty among those wishing to escape Ireland, led to what were known at the time as "coffin ships." These coffin ships were sparsely furnished, overcrowded and stocked with scant regard for passenger safety.

Coffin ship owners would supply their passengers with the bare legal minimum of water and food in order to save money, and that’s if they acknowledged the law at all.

The results for the passengers, of course, were horrific. Passages across the Atlantic could take anywhere from six weeks to three months, with increasingly dank and oppressive conditions being endured in the body of the ship.

The volume of coffin-ship passengers living in such squalid conditions had severed effects on shore, too. In 1847, medical facilities in Canada were overwhelmed, resulting in a Typhus epidemic and thousands of bodies simply dumped in rivers or at sea. At times, no proper records of the buried were kept and in areas such as Point St. Charles in Montreal, Canada, mass graves have later been discovered of the Irish immigrants and the Canadians who helped them.

The mortality rate on coffin ships were often around 30-40%, with insufficient medical restrictions to those with illnesses when boarding; terrible hygiene and nutrition; and weeks in subhuman conditions resulting in so many deaths that “it was said that sharks could be seen following the ships, because so many bodies were thrown overboard.”

Do you have any relatives who sailed from Ireland to the United States? If so, you can find them at Findmypasttravel and migration records.

This article was produced as part of a previous partnership with FindMyPast.